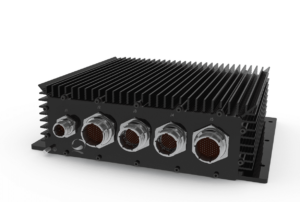 Named ‘ONYX’, the computer is based on a rugged COM Express module design and offered with a range of powerful processors. ONYX has an embedded graphics acceleration module and a high number of expansion slots to increase flexibility, allowing for integration in a variety of applications. The unit is targeted to high-end analog and digital video and broadcast SMPTE, overlay, EAS-NI encryption and H.264 AVC compression.