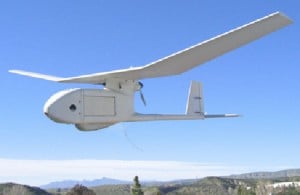 AeroVironment Inc. has received a $15.8 million initial order from the United States Army out of a total projected contract of $66 million.

The delivery of systems, spares and payloads is scheduled for completion by April 30, 2013.

The RQ-11B Raven unmanned aircraft system is a backpackable, hand-launched sensor platform that provides day and night, real-time video imagery wirelessly to a portable ground control station for “over the hill” and “around the corner” reconnaissance, surveillance and target acquisition in support of tactical units.