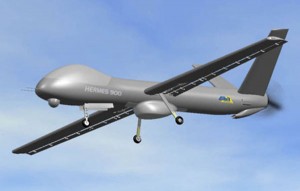 The Swiss ministry of defence has started a competitive tender which aims to select a medium-altitude, long-endurance UAV. According to press reports, the decision is expected to be made by the end of this year or the first quarter of 2013. The final two contenders are both Israeli: Elbit Systems with its Hermes 900 and Israel Aerospace Industries with its Heron 1.

Both the aircraft have already been tried and demonstrated to Swiss officials in Israel. Another test phase is expected soon, and more flights are planned to take place over different regions of Switzerland.

Detailed proposals for the tender are expected to be submitted by August, but details about prices are still not available. The second phase of testing will lead to at least six more months of evaluation trials.

Both drones represent the cutting-edge technology in this sector, Israel being one of the most popular drone-makers. For example, it should be noted that Tel Aviv is looking for a cooperation with Moscow (AVIONEWS), and it should also be said that both the drones are widely used in many countries worldwide because of the aggressive export policy pursued by Israel. These aircraft are capable of carrying more than 250 kg of payload, can supply real-time information and data over battlefields to land troops. These systems are also capable of detecting and targeting enemy forces, supplying data to land artillery, tanks, troops or other fighters and attack helicopters.