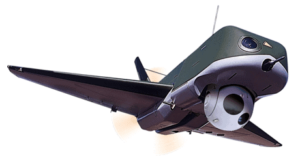 French defense procurement agency DGA has awarded Sagem (Safran group) a contract for five Sperwer Mk II drones, which will join the fleet of SDTI tactical drones already in service with the French army. These new systems will be delivered between the second half of 2012 and mid-2013, and will enable the French army to maintain its tactical drone capability.

At the same time, the DGA announced another contract award for Sagem, this time to modernize the GPS code P(Y) module on all Sperwer drones in service. Developed by Sagem for the Rafale multirole fighter, this GPS module is coupled to the drone’s navigation system, enabling very precise geo-location of ground targets by the Sagem Euroflir 350+ optronics pod.

The Sperwer tactical drone system has been deployed in Afghanistan since 2003 to support NATO troops. For France, the 61st Artillery Regiment has deployed this system since November 2008.

The drones themselves are produced by Sagem’s Montluçon plant. Sagem has produced over 25 complete tactical drone systems to date, including 140 aircraft.