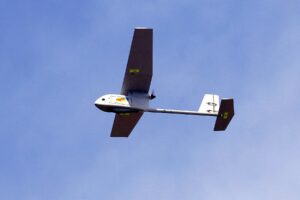 Representatives from the Oregon National Guard are scheduled to present information about proposed unmanned aircraft aerial system during the Clatsop County Board of Commissioners meeting in Astoria, Ore., June 27.

The meeting is scheduled for 6:00 p.m. at the Judge Guy Boyington Building, located at 857 Commercial St. in Astoria.

The media and public are invited to attend the presentation, and ask questions about unmanned aircraft training.

The Oregon National Guard is proposing plans to use Camp Rilea Armed Forces Training Center in Warrenton, Ore. as a training site for the small, unmanned aircraft known as the RQ-11 Raven.

The Raven is a small, hand-launched, remote-controlled aircraft used for aerial reconnaissance. The five-pound aircraft has a wingspan of 55 inches and is powered by an electric motor. Unmanned aircraft are used to provide commanders visibility of the battlefield during combat operations overseas and help preserve the lives of ground forces.

Training venues for Unmanned Aircraft Systems are limited due to airspace conflicts and other restrictions. The Oregon National Guard is currently seeking approval from the Federal Aviation Administration and discussing the proposal with regional aviation officials in order to conduct the training at Camp Rilea.

Pending FAA approval, Oregon National Guard UAS operators would rehearse launching, flight operations, and recovery of the unmanned aircraft only within the boundaries of the Camp Rilea training area.