Indigenous Drones to be Dispatched to all Regions in Iran 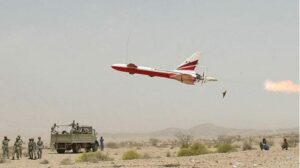 Speaking at a ceremony in Tehran on Sunday, Manteqi said that by the end of the current Iranian calendar year (started March 20) UAVs can be sent off to any region in the country.

In past years, Iran has developed a number of variants of the indigenous remotely-piloted Ababil aircraft, including the tactical Ababil-5 for medium-range reconnaissance and surveillance missions, the Ababil-T for short/medium-range attack missions, and also the Ababil-B and -S.

The new maritime patrol plane has high flight duration, enabling it to keep maritime areas under surveillance via optical and radar subsystems.

In recent years, Iran has made great achievements in the defense sector and gained self-sufficiency in essential military hardware and defense systems.

Iran has repeatedly assured other nations, particularly regional neighbors, that its military might poses no threat to other countries, insisting that its defense doctrine is merely based on deterrence.