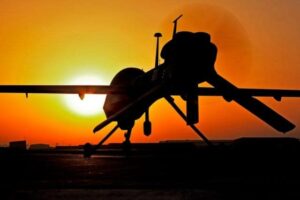 The Army’s MQ-1C Grey Eagle program is under its estimated budget, and is also meeting expected availability rates in theater.

While the reliability rate of the unmanned aircraft system, or UAS, is not where it could be, Army leaders have said for now the service is okay with that because the UAS doing more in terms of capability than what it was originally designed to do.

The Grey Eagle UAS is part of a system that includes ground control stations and ground equipment. The system provides reconnaissance, surveillance, targeting and acquisition capabilities for commanders. The aircraft can carry multiple sensors and is also weaponized with the Hellfire missile.

With the Grey Eagle, the Army has made a conscious decision to focus on capability for now, Crosby said, and will focus later on reliability.

So far, reliability problems have been attributed mostly to software issues that arise with the addition of new sensors to the Grey Eagle, Crosby said. Those problems change as new sensors are added. However, Crosby said, when those software problems are fixed, they don’t reappear.

“That gives the team confidence we will be able to resolve this when we quit adding new capability,” Crosby said.

When the Grey Eagle first was introduced into theater, it was equipped with an electro-optical/infrared sensor. Now the system carries weapons, and the Army has also added the Synthetic Aperture Radar/Ground Moving Target Indicator as well as air-data relay capability.

In Afghanistan now, the Army has two “quick reaction capability,” or ORCs, platoon-sized aviation elements that are each equipped with four Grey Eagles. The first of those QRCs was initially in Iraq, in August 2009, before it moved in December 2012 to Afghanistan. The second of the QRCs moved into Afghanistan in September 2010.

Also in Afghanistan now is the first full-sized Grey Eagle unit, F-227, which is a company-sized unit with three platoons of four aircraft each. Fox 227 entered Afghanistan in April 2012 and has done well there.

The F-227 unit has been flying now for about two months and “the unit has matured over the last 45 days or so,” said Col. Timothy Baxter, project manager, unmanned aircraft systems. Baxter said the unit flies three to four “strings” per day, gaining about 70-90 flying hours for the systems during each day of flying.

The Grey Eagles in theater now have flown, together, about 24,000 combat hours. Baxter said availability for the Grey Eagle is at about 80 percent now, which is what was expected, though the Army’s objective for the aircraft is 90 percent.

In January 2013, the Army expects to field another unit, F-1, with 12 aircraft, a unit similar to F-227. Before deploying to Afghanistan, the unit will participate in an initial operational testing and evaluation this summer.

The Army hopes to eventually field a company-sized Grey Eagle unit to every division, officials said.