Russia ‘May Buy’ $50M Worth of Israeli UAVs 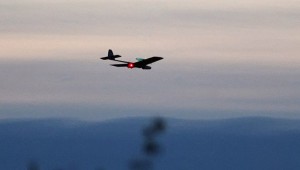 Russia may buy a large new consignment of unmanned aerial vehicles from Israel and 24 command and control systems worth around $50 million in the foreseeable future, a high ranking source in the Russian defense industry said on Wednesday.

“The Defense Ministry is considering the possibility of purchasing from the Israeli company Aeronautics Defense Systems of three types of UAV control systems (eight each): Orbiter 2, Aerostar и Skystar,” the source said.

Given that each such system can service two to three UAVs, “between 48 and 72 Israeli UAVs may be bought,” he said.

The consensus within the Russian defense department seems to be that these systems are essential until the domestic industry develops and starts large scale manufacturing of similar systems at home, he added.