Plans to Build Military Drones to be Reviewed by New French Govt.

France will go back to the drawing board in its plans to build military drones, Defence Minister Jean-Yves Le Drian said on Wednesday, putting into doubt a joint Franco-British project to develop the next-generation drone.

Speaking to reporters, the new minister appeared to be distancing the new government from a decision by former President Nicolas Sarkozy to push Dassault Aviation and Britain’s BAE Systems’ to build their own drone as part of a defence accord between the two countries. 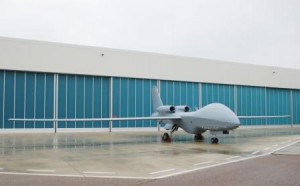 EADS spent years developing the Talarion unmanned aerial vehicle at its own expense in the hope of winning an order from the project's instigators France, Germany and Spain

That decision had left EADS out in the cold after it spent years developing the Talarion unmanned aerial vehicle at its own expense in the hope of winning an order from the project’s instigators France, Germany and Spain.

“I want to start afresh,” Le Drian said in his first news conference since taking the position. “I want to move fast, but without pressure and with pragmatism.”

Le Drian said he would make his decision before July 14.

The two countries agreed in February during a Franco-British summit to forge ahead with developing the medium-altitude long-endurance (MALE) drone by 2020 to be used for reconnaissance and attack missions. The two firms are also working on a next-generation unmanned fighter jet for which a prototype could be ready by 2030.

New President Francois Hollande never publicly pointed the finger at Dassault during his election campaign, but did signal he wanted to reduce the influence of some groups on the defence sector.

EADS said in March it was not pushing development of its Talarion project after failing to secure financing from European countries.