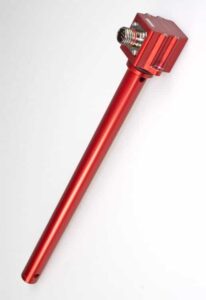 The new miniature sensors utilize advanced solid-state capacitive technology, with integrated electronics providing a fully configurable analogue output accurate to 0.25% of the tank depth. Each sensor is custom-designed to suit the specific application’s requirements to ensure optimum performance without the need to extensively modify existing system components. This makes the sensors equally suited to vehicle upgrades or for specification on new developments.

The sensors typically feature aluminium, titanium and carbon-fiber constructions to ensure the mass of the sensor has minimal impact on the vehicle operation. Sensor length can be as little as 20mm, allowing for precision monitoring of small reservoirs. 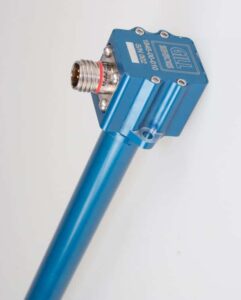 Environmentally protected to IP68, Gill’s miniature sensors are suitable for full-submersion in aviation-grade fuel, oil or coolant and are rated for operation from -40ºC to +125ºC. Each sensor can be designed with integral connector or flying lead, designed to meet the most stringent military EMC requirements.

Data provided by the new miniature level sensors can be used to increase the performance and reliability of unmanned systems, offering engineers greater scope for tactical decisions based on reliable sensor data. Sensors currently supplied by Gill into UAV applications provide flight engineers with reliable data from which they can make informed decisions about the length of flight time, helping to optimize the efficiency of the mission.

As a supplier to some of the world’s leading UAV manufacturers, Gill Sensors has established itself as a leader in the field of liquid level measurement for unmanned systems. Gill will be showcasing the new equipment alongside their existing range of precision measurement technology at AUVSI Unmanned Systems North America 2012 on stand 747.