Blue Vigil has released the following case study highlighting how the company’s drone power tether system was used by law enforcement to provide persistent security during a major public event as well as a protest.

The drone program quickly grew to include 16 aircraft. While the program was successful, Sergeant DeLeeuw wanted to use the drones to provide supervision during large public gatherings. With battery changes required every 20 to 30 minutes, managing the power source for the drones became frustrating and time consuming.

Using Blue Vigil’s Drone Tether Power System, Sergeant DeLeeuw and his colleagues can deliver true supervision by keeping their drones in the air for as long as necessary. No more battery changes. No more landing and taking off every half hour resulting in downtime.

The Polar Bear Plunge takes place in Seaside Heights, New Jersey every year, and attracts more than 30,000 people to the Seaside Boardwalk. The Ocean County Sheriff’s Office and other police agencies need to keep an eye on things to ensure everyone’s safety.

The office has a mobile surveillance platform, but that is only about 30 feet above the ground. Sergeant DeLeeuw’s team wanted something they could leverage to see over a large area, including nearby rooftops. Initially they considered a blimp, as they had seen some other police departments using one, but the idea of transporting large equipment and the necessary gases as well as inflating the blimp and then staking it down was not appealing.

That’s when they began considering Blue Vigil’s Drone Tether Power System. They already had a drone program, and the tether promised to remove the headache of replacing batteries every 20 to 30 minutes. The Sheriff’s Office decided to purchase the tether.

When the department had their first occasion demanding continuous supervision, they felt extremely fortunate they had chosen a tether and not a blimp. It was June of 2020. Protests and vigils were happening across the U.S., and Ocean County was no different. “If I put this blimp up,” says DeLeeuw, “it says, ‘Hey! Look at me!’” The Sheriff’s Office was at the protests not to draw attention to themselves, but to keep people safe and be available to help. The tether was the perfect solution.

The first time the tether was used was at a protest in Jackson, New Jersey. DeLeeuw and his team equipped their drone with a powerful zoom-lens camera, attached it to the tether, and took off. “We were able to live stream the imagery back to the local police department’s command post,” explains DeLeeuw. The local department could see everything going on from their secure location without setting up any additional resources. 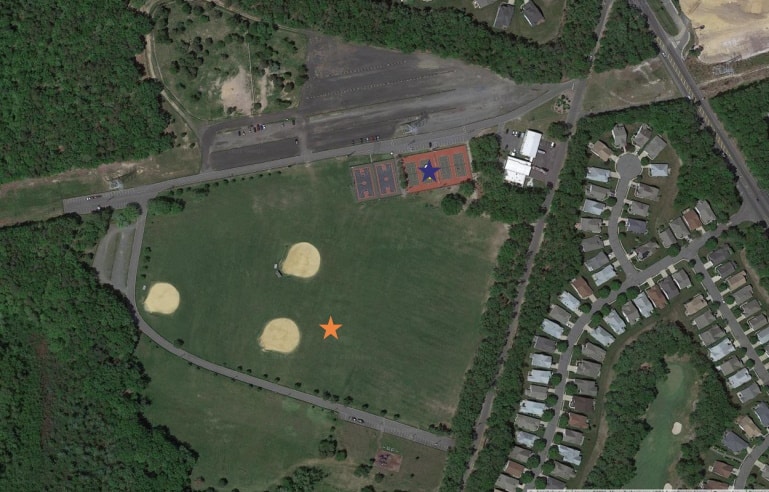 Figure 1: Sergeant DeLeeuw and his team (blue star) could unobtrusively monitor the gathering in the field (orange star) while located out of the way on the tennis court. They were able to quickly pack up and relocate when the group unexpectedly began moving.

The drone remained airborne without interruption for a few hours. “At one point,” says DeLeeuw, “the group unexpectedly began marching out to the road. This was unplanned, and we weren’t sure where they were going, so we decided to descend the drone, pack everything up, and follow along in case we were needed to help with traffic or interact in some other way.” How long does it take to pack up their generator, tether system, drone, and livestreaming system? “It’s quick,” says DeLeeuw. “Five to 10 minutes.”

That’s one thing that DeLeeuw likes so much about the tether system—it’s not only rapidly deployable, but also rapidly undeployable. Something like a blimp or the mobile surveillance platform requires more time and more space to take down or move.

Sergeant DeLeeuw and his team used the tether system again later in June at another protest. They were able to set up out of the way in a tree-covered area nearby, providing discreet deployment. “At 120 feet in the air, we were able to keep the drone up for three hours without bringing it down once,” says DeLeeuw. “Through the use of our zoom camera, we had a clear, unobstructed view of the community center where the protest was being held.” 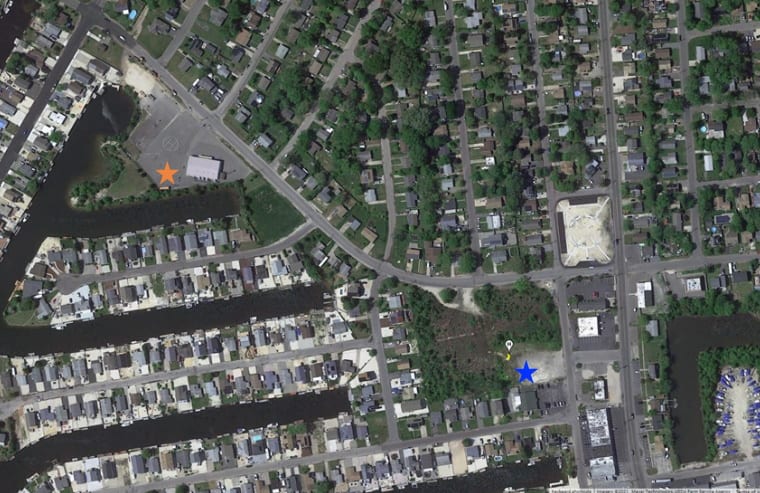 Figure 2: Sergeant DeLeeuw and his team were able to deploy their tethered drone in an inconspicuous location (indicated by blue star) while maintaining constant supervision of the protest (indicated by orange star).

The tether allows the Sheriff’s Office to still take part in public events out in the open, but also to be discreet when that is more appropriate. “From 300-feet vertical and 1,000-feet horizontal,” says DeLeeuw, “we can read the characters on a license plate.” At one of the protests, a scuffle broke out between protesters and some neighbors in the area. With their drone tethered, they could keep tabs on the situation without interruption. Luckily the disagreement fizzled out and nobody was hurt, but it’s reassuring to know that police would have been there in moments had anything gotten out of hand.

Sergeant DeLeeuw and his team are looking forward to using the tether at this year’s Ocean County Duck & Decoy Show. They also feel safer and more prepared for unexpected large-crowd situations that might come up. With their tethered drone, they are even better equipped to keep Ocean County and its citizens safe and provide immediate assistance when needed.