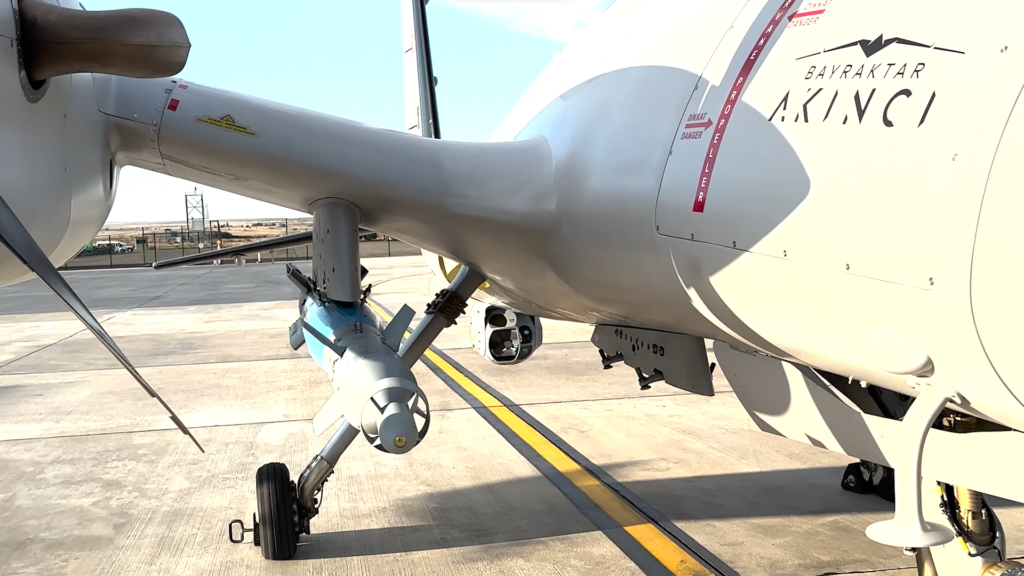 Baykar has confirmed that its Bayraktar Akıncı UAV (unmanned aerial vehicle) has been tested with a laser guidance kit made by Turkish defense firm Aselsan. The laser guidance kit was integrated with a MK-82 bomb, also developed by Aselsan, and was used in the test firing. The kit converts 227-kilogram (500-pound) MK-82 and 2-ton MK-84 dumb bombs into cost-effective and highly reliable smart weapons.

The laser guidance kit provides increased accuracy, delivery range, reduced collateral damage and after-release re-targeting capability against both stationary and moving targets. It reduces the number of munitions required to destroy a target and features accuracy, reliability and cost-effectiveness that were previously unattainable with conventional weapons. The system comprises a semi-active laser (SAL) seeker, a guidance section, a thermal battery, a canard control system and a rear wing.

The Akıncı UAV can fly for 24 hours and has a service ceiling of 40,000 feet (12,192 meters), a 20-meter wingspan and the capacity to carry a load of 1,350 kilograms. The platform will be equipped with a locally-made active electronically scanned array (AESA) radar and air-to-air missiles, and will launch several types of munitions, such as standoff missiles (SOM).