This first flight test included a manual helicopter flight; full autonomous helicopter mission, which transitioned to complete autorotation-mode, flying at about 80 mph; and a simulated delivery mission airial-robotics News By Phoebe Grinter / 18 May 2022 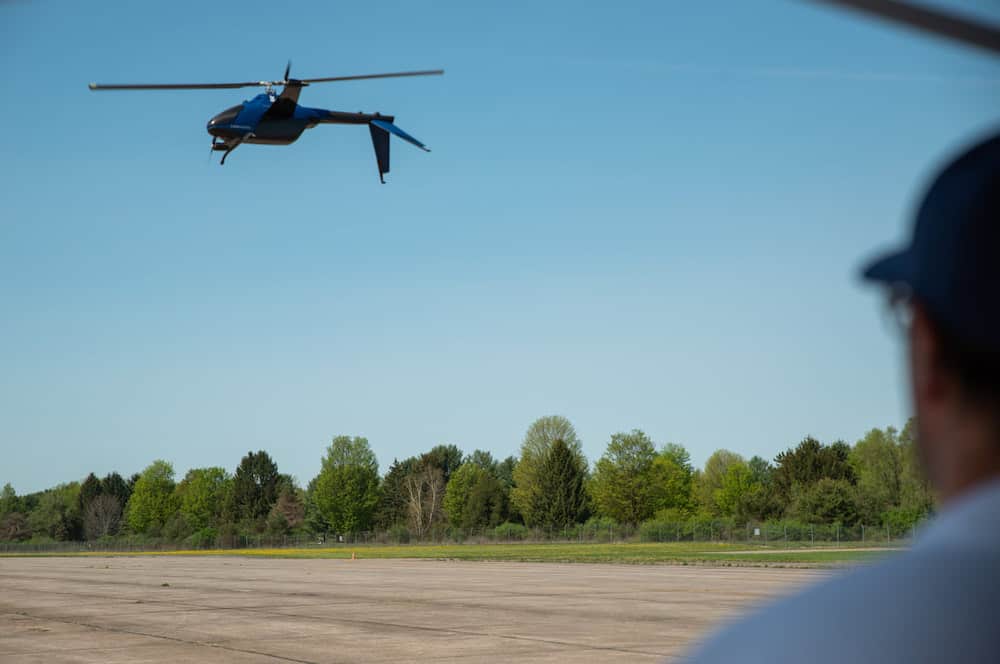 Airial Robotics has successfully demonstrated and tested its Gyrotrak GT20, a hybrid helicopter and gyrocopter Unmanned Aerial Vehicle (UAV) at the Federal Aviation Administration (FAA)-designated New York UAV Test Site at Griffiss International Airport, managed by NUAIR in Rome, NY. This is the first flight demonstration of its kind in the United States.

This flight test included four different missions including a manual helicopter flight; full autonomous helicopter mission, which transitioned to complete autorotation-mode, flying at about 80 mph; and a simulated delivery mission. All missions were completed safely and efficiently, proving that the GT20 Gyrotrak is ready for the US market and customers.

“The demo was our first flight in front of potential customers in the US,” said Jörg Schamuhn, CEO of Airial Robotics. “More importantly, it was the first flight in public, demonstrating our proprietary autopilot solution, the Airial Robotics Autopilot Architecture (ARAA), as a reliable and powerful solution for a hybrid between helicopter and gyrocopter. We were proud to have this opportunity to test with the support of the GENIUS NY Program.”

The GT20 Gryotrak is a hybrid UAV solution between a helicopter and gyrocopter, advancing flight time, payload, range and speed over other systems, which comparatively are limited in their flight envelope, weather tolerance and payload allowance.

It can vertically take off, hover and land multiple times in a mission with optimized energy use, safety levels and weather tolerance. The GT20 Gyrotrak has been developed to minimize the consumption of energy, which will save resources and provide a green footprint of the fleet.

The GT20 Gryotrak can fly for up to 2.5 hours with an 8-pound task load. It can be equipped with a variety of sensors for a broad range of uses including medical transport, high precision mapping, line inspection and more.

An advantage of the GT20 Gyrotrak for medical transport is the ability to transport blood and tissue samples faster and to longer or more remote locations. High precision mapping additionally provides electric grid line inspectors the advantage of collecting more data over longer distances which is more cost efficient than any other solution today.

“The gyrocopter design is a nearly forgotten aviation solution that is viewed as the safest of all aviation systems so far,” explains Schamuhn. “The core of the technology is a main rotor that is driven powerless by the apparent wind. The aircraft, although it is rotary, acts in gyrocopter mode like an airplane with the same control logics. We added helicopter technology that allows us to take off and land vertically and to hover at any time in the air.”

Airial Robotics is currently in the GENIUS NY accelerator, operated by CenterState CEO, and was funded $500,000 in October 2021. The company has been successful in the US and plans to bring manufacturing to New York state.

GENIUS NY is the world’s largest accelerator for uncrewed systems and to date has invested more than $15 million into 26 companies. The goal of the program is to attract and grow UAS technology companies in New York state.

“GENIUS NY continues to attract innovators from across the world to Central New York,” said NUAIR CEO Ken Stewart. “NUAIR continues to help enable these innovators to help them flourish and expand their businesses. The Airial Robotics team was great to work with and have brought a revolutionary platform to the US.”