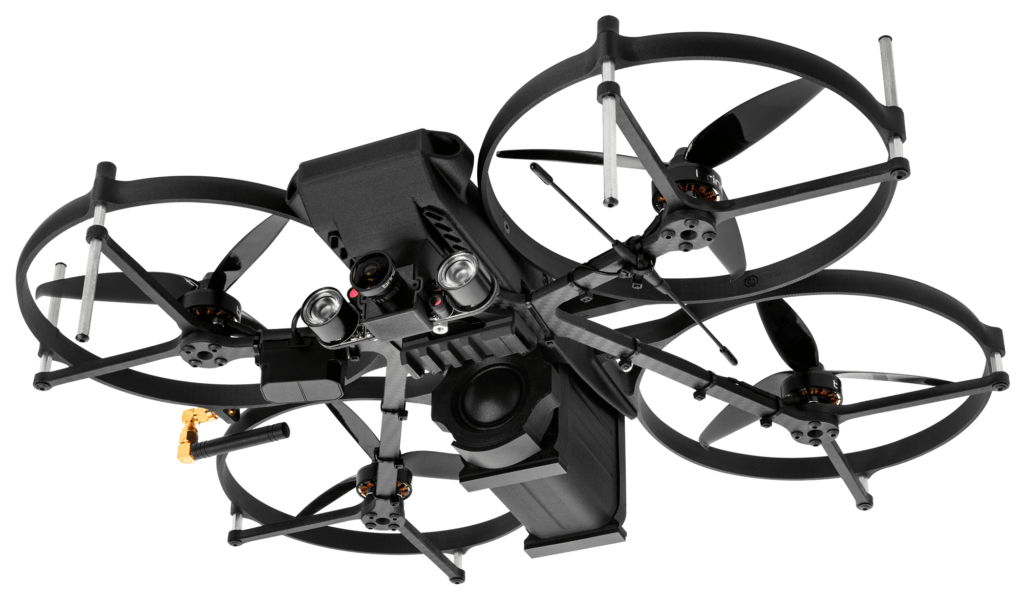 BRINC, an American technology company building a new class of drones in response to the mass shooting at The Mandalay Bay, today announced that it has raised $25 million in Series A funding for its mission to keep people safe in dangerous situations. The financing was led by Index Ventures with participation from Sam Altman, Tusk Venture Partners, Jeff Weiner’s Next Play Ventures, Dylan Field, Elad Gil, Patrick Spence, Alex Wang, and former Acting Secretary of Defense, Patrick Shanahan. BRINC previously raised a seed round of $2.25M led by Sam Altman, CEO of OpenAI.

The global drone market has been driven by investment and growth of drones that fly outside and overhead using GPS technology, across a range of categories from personal/hobbyist, to delivery, surveillance, and defense. In contrast, BRINC, founded by Blake Resnick, fills a specific market gap and customer need for drones that fly inside of structures and serve first responders, a market estimated to be over $1B globally. BRINC creates a new class of highly reliable systems that fly safely indoors using Lidar technology, where GPS does not work, and provides live, two-way communication to give responders the eyes and ears they need to mitigate risk, protect, and save lives. American-made, BRINC began selling its first system – the LEMUR – early this year and has already delivered hundreds of systems. Recently, BRINC aided responders in Surfside, Florida, with search and rescue inside of the Champlain South building collapse.

“BRINC was built with deep customer empathy and a real-world understanding of the situations faced by first responders. Blake is both an incredibly thoughtful founder and an old-school inventor, a mix we do not often see: he literally lived the problem, imagined a new approach, and created the technology solution – at the age of seventeen,” said Erin Price-Wright, Principal, Index Ventures. “We think that BRINC’s commitment to never build lethal drones sets them apart in the industry. Blake and his team are committed to values and ethics that forge public trust among their customers and communities.” Price-Wright joined BRINC’s Board of Directors.

“After watching the response to the Oct. 1 mass shooting, I felt a real call to serve and create something that would have a material impact and keep people safe. In the six months since we started selling, our team has seen overwhelming demand and this new funding will help us accelerate hiring to scale and support rapid growth,” said Blake Resnick, CEO and founder of BRINC. “The federal government has largely banned the use of Chinese technologies, like DJI, creating more opportunity for American companies. We want to make BRINC drones a standard tool for all US first responders at the city, state, and federal level.”

A tragic moment led to BRINC’s invention: the 2017 mass shooting at The Mandalay Bay, in the company’s hometown of Las Vegas. First responders engaged in a physical search of the hotel tower, risking their lives. Blake imagined how technology – a drone that could fly and communicate inside the building – could serve in these situations by entering the structure first to provide responders with the eyes and ears they needed without risking life.

Seventeen at the time, the young inventor shared his ideas for this technology with local Las Vegas law enforcement. Blake was persuasive and convinced them that he could create a solution for their specific needs. He spent the next three years living the problem – calling out with Las Vegas Metro Police Department SWAT, to experience their challenges in the field – and he developed BRINC’s first, breakthrough system: the LEMUR.

BRINC began selling these systems in early 2021. Today the company is a diverse team of more than 50 engineers, technicians, technologists, and public safety specialists. They manufacture their drones onsite at their headquarters in Las Vegas. BRINC customers serve as key collaborators in the engineering and design of the technology. The company provides ongoing education, training, and certification programs to build trust and expertise, and prepare the responders for real-world environments.

Looking ahead, BRINC is building a system designed to respond to emergencies in seconds and succeed the police helicopter. This system would create a distributed network of drones in multiple locations to aid first responders when lives are at risk. In addition, BRINC is developing drones for industrial use cases that are dangerous for people.