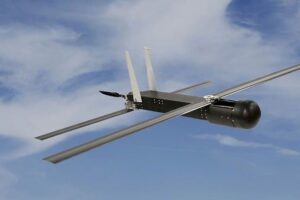 This non-kinetic variant of the Coyote system can be recovered, refurbished and reused without leaving the battlefield, providing significant cost savings. Following this successful test, the Coyote Block 3 is now closer to deployment.

During the test, the Coyote engaged and defeated a swarm of 10 drones that differed in size, complexity, maneuverability and range. It achieved several significant firsts for counter-drone technology, including:

Tom Laliberty, vice president of Land Warfare & Air Defense at Raytheon Missiles & Defense, commented: “This test demonstrates the effectiveness of Coyote to counter complex unmanned aircraft systems. As a non-kinetic variant, we’re offering an effective weapon against the threat and value to the Army in the form of an affordable, reusable asset.”