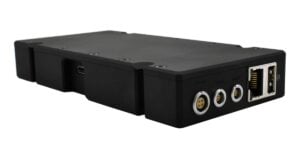 The SOL8SDR2x1W-P is based around DTC’s MeshUltra family of tactical MANET Mesh waveforms, which are interoperable across all DTC products. The radio utilizes the COFDM waveform to provide high-bandwidth communication in challenging, dynamic, non-line-of-sight (NLOS) environments, as well as for BVLOS (beyond visual line of sight) operation for airborne ISR platforms. MeshUltra Waveform is spectrally efficient and can operate at various RF channel bandwidths from 1.25 MHz, 1.5 MHz, 1.75 MHz, 2.5 MHz to 20 MHz. With adaptive modulation up to 64QAM, DTC’s MeshUltra supports data rates of up to 87Mbps.

Following the success of MeshUltra, DTC has also developed a new MeshUltra-X waveform, which provides optimized performance for large networks of up to 144 radios, operating in channels as narrow as 1.25MHz and on a single frequency. It is ideal for large drone swarms and applications where a large number of radios need to operate efficiently in a limited spectrum. 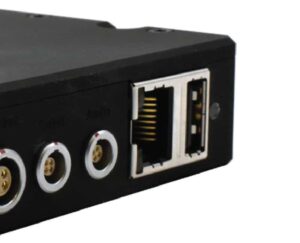 DTC’s RF products include radios to suit every class of unmanned system and mission profile. Based on DTC’s SOL8 SDR, the SOL8SDR2x1W-P can be used as a Mobile Adhoc Network (MANET) IP Mesh node, a P2P COFDM Transmitter, or a P2P receiver to a tablet PC.

All DTC’s SDRs and NetNodes can host the MeshUltra waveform, thus enabling commonalty of mesh networking capability across all deployed radios.

With very low power consumption, typically at 10W, the SOL8SDR2x1W-P includes a rich set of interface options including native Ethernet, dual USB and serial as well as an audio headset interface.