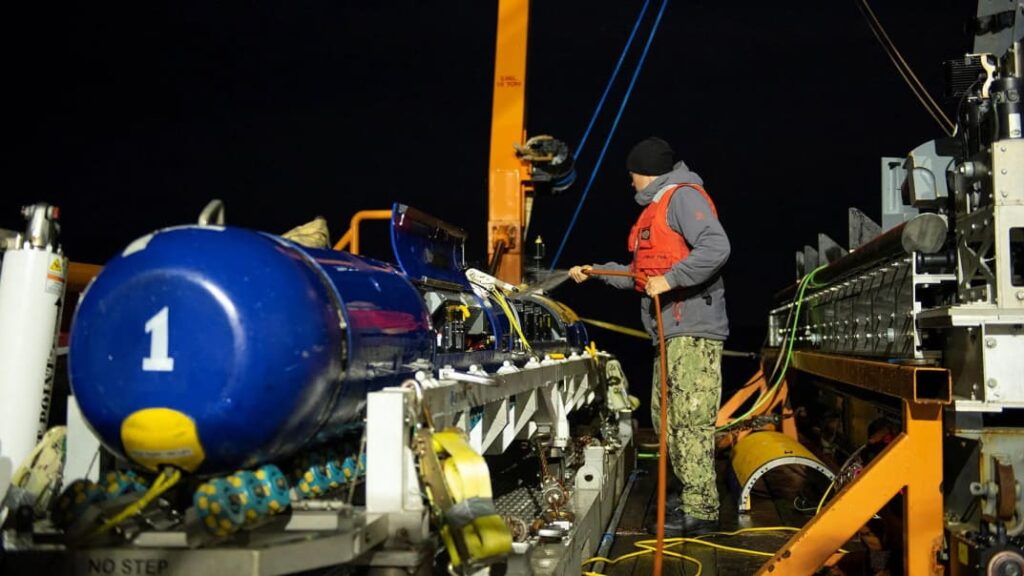 Knifefish SMCM is a medium-class mine countermeasure UUV based on the Bluefin Robotics Bluefin-21 deep-water autonomous undersea vehicle (AUV). Intended for deployment from the Navy’s Littoral Combat Ship and other vessels of opportunity, the system reduces risk to personnel by operating within minefields as an off-board sensor while the host ship stays outside the minefield boundaries.

The tactical UUV was designed using an open architecture concept that can be quickly and efficiently modified to accommodate a wide range of missions. General Dynamics Mission Systems is the prime contractor for the Knifefish program, and the vessels are designed and developed out of the company’s Quincy, Massachusetts and McLeansville, North Carolina facilities, and manufactured out of the Taunton, Massachusetts facility.

Carlo Zaffanella, vice president and general manager at General Dynamics Mission Systems, commented: “General Dynamics Mission Systems is honored to extend our support to the U.S. Navy with this increased capability on all five Knifefish SMCM systems. We are proud to provide the Navy with advanced, state-of-the-art unmanned underwater vehicles, and we are dedicated to delivering this technology safely and quickly to our sailors.”