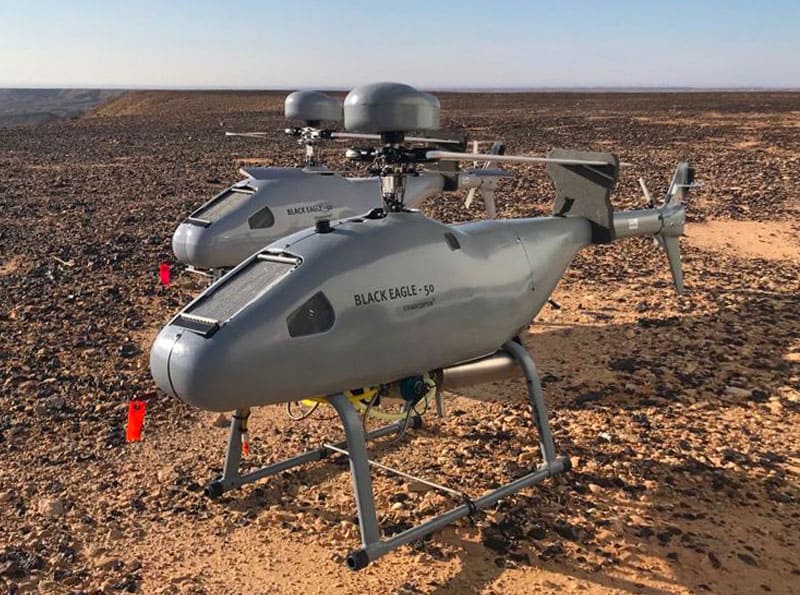 Steadicopter has begun expanding the range of applications that can be undertaken by its Black Eagle family of helicopter UAS (unmanned aerial systems). These new use cases include homeland security, police, offshore and military ISR (intelligence, surveillance and reconnaissance) missions.

The company has signed several cooperation agreements with companies such as Simplex, a developer of unique drone control technology. Integration of Simplex’ FlightOps.io drone operating system with the Black Eagle will enhance the platform’s autonomous operational capabilities, turning it into a smart, mission-aware aircraft that can operate in shared airspace. This will also allow multiple drones to work together to perform collaborative complex missions, as well as operate beyond visual line of sight (BVLOS).

“In order to provide a comprehensive solution to our customers around the world, as well as addressing the specific needs in this region, we have carried out extensive collaborations, with the result that the Black Eagle can already carry out a wide range of missions, including the use of the most advanced payloads. [Other collaborative initiatives include] Downwind – a leading provider of UAS services and critical support for both government and civilian applications; and Simlat – the industry leader in simulation for UAS.”