Boxfish Research has announced that its small, battery-operated remotely operated vehicle (ROV) has reached a record-breaking depth range during its latest deep sea mission in New Zealand. This is the first underwater deployment by an ROV in this class to reach a depth of 710 meters, exceeding the industry standard. 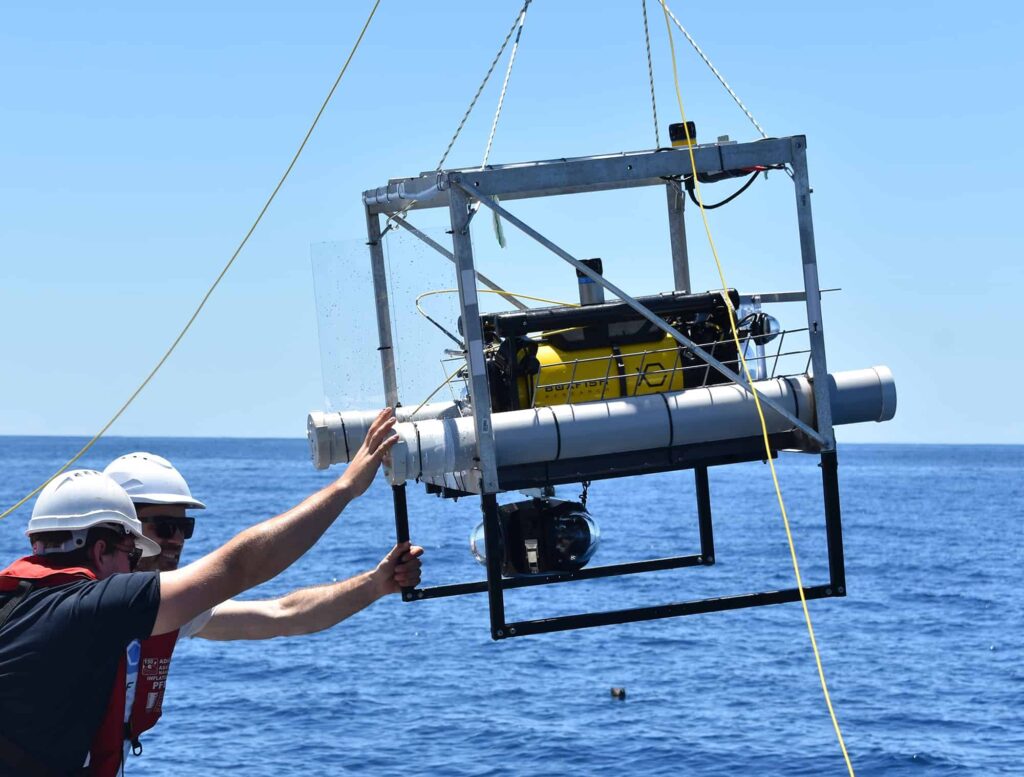 During the survey, the Boxfish ROV reached the seafloor below 700 meters within 15 minutes and relayed 4K uncompressed video of the ocean floor, which was collected and recorded by an external video recorder at the surface.

The Boxfish R&D team proved that a survey of more than 3km in significant cross currents was possible at this depth on a single battery charge.

“We pride ourselves in creating an ROV that is easy to operate, setup, and deploy to depths that only work-class ROVs can reach, and that our customers are satisfied with the end result,” says Ben King, Co-Founder, Boxfish Research. “Deployments such as this one require a fast and easy to use underwater drive, making the Boxfish ROV the perfect solution for this mission.”

The Boxfish ROV is used by customers worldwide in industries including biosecurity, marine science, assets inspection, cinematography and others. The platform is designed to withstand harsh underwater environments, and has a battery life of 14 hours. Up to 17,000 lumen lights provide vision in dark subsea environments.

Eight 3D-vectored thrusters and a stabilisation system give the Boxfish ROV six degrees of freedom of movement, and it is the only vehicle of its size and class to deliver uncompressed 4K UHD video, allowing long missions to be recorded and for footage to be reviewed quickly.

The Boxfish team also deployed the Boxfish 360 to the same depths. The Boxfish 360 is the only 360 professional underwater camera with depth rating up to 1,000 meters and recording time up to 4 hours.