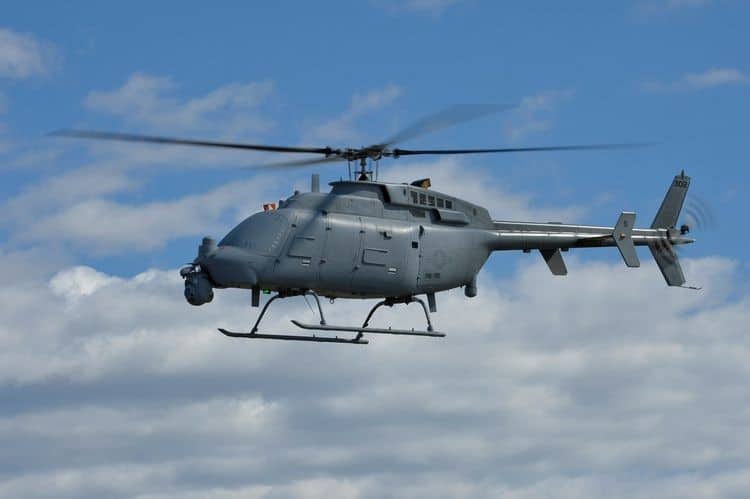 The first test flight operated from Webster Outlying Field, an annex of Naval Air Station Patuxent River and home to the Naval Air Warfare Center Aircraft Division. Prior to this, several weeks of ground tests were conducted, and further trials continue as the Navy and Northrop Grumman consider mission expansion opportunities for the platform.

Northrop Grumman has so far delivered 32 of 38 MQ-8Cs to the Navy, all of which will be retrofitted with the Leonardo AN/ZPY-8 radar. The MQ-8C achieved initial operational capability in June 2019 and is scheduled for its first deployment in 2021.