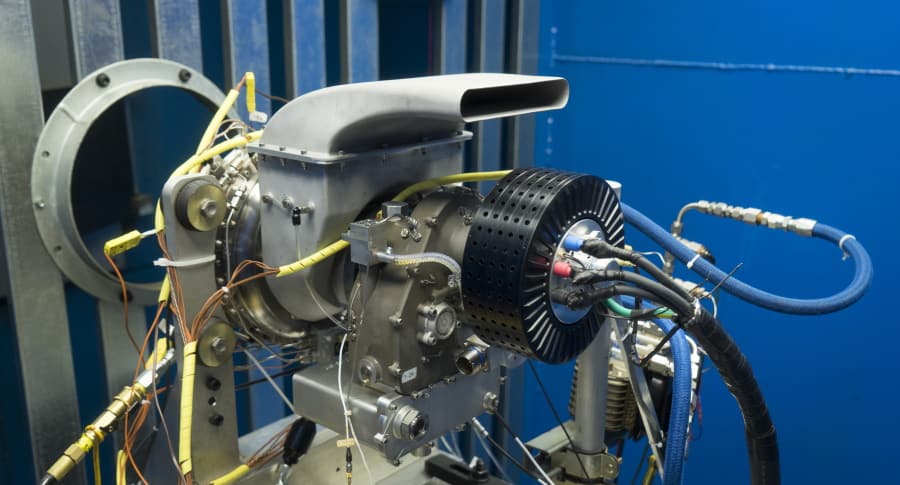 UAV Turbines, a developer of microturbine propulsion engines for unmanned aerial vehicles (UAVs), has announced that its Monarch 5 turboshaft engine can now run on natural gas, in addition to all types of heavy fuels including jet fuel.

The fuel flexibility of the Monarch 5, coupled with its light weight, portability and reliable power generation capacity, make it ideal both for unmanned aircraft propulsion as well as ground emergency and standby power generation for both onsite and remote-area applications.

Fred Frigerio, UAV Turbines’ Senior Vice President of Engineering, commented: “A major feature of our gas turbine engines is that they operate with safe-to-handle heavy fuel such as Jet A and a wide variety of other fuels. With minor engineering changes, the Monarch 5 engine can adapt to several different clean energy fuel sources such as natural gas and hydrogen. Both are clean-burning fuels, with little or no output of greenhouse gases. Sustainable and clean energy sources are becoming more important for applications in various environments served by UAV Turbines’ new micro-turbogenerator product line.”

Kirk Warshaw, CEO of UAV Turbines, stated: “Most recently, UAV Turbines emerged from a decade of stealth and privately funded research and development to make public demonstrations of its breakthrough propulsion and power generation technology platforms. Since the successful demonstration of the Monarch 5 in Group 3 UAV flight, UAV Turbines has demonstrated its Monarch Hybrid Range Extender (HREX) configuration and prototypes of its turbogenerator system for ground-power applications in the 3-40 kW range.”

Find manufacturers of engines and propulsion systems for UAVs >>