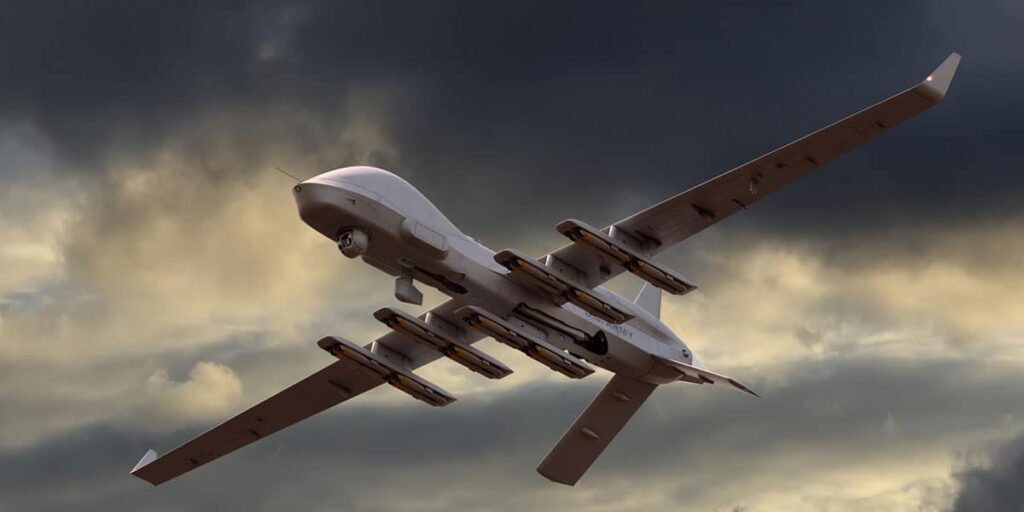 General Atomics Aeronautical Systems, Inc. (GA-ASI) has announced that it has completed the second in a series of Multi-Domain Operations (MDO) demonstrations with its Gray Eagle Extended Range (GE-ER) Unmanned Aircraft System (UAS). This demonstration was focused on the aircraft’s suite of long-range sensors, and GA-ASI teamed with industry partners to integrate leading ISR payloads as well as Air Launch Effects (ALEs).

The GE-ER UAS is a long-range variant of the U.S. Army’s MQ-1C Gray Eagle, featuring increased endurance, more payload capacity to support future mission tasking, and considerable improvements in system reliability and maintainability. During this demonstration the aircraft showed a persistent stand-off capability with up to 40 hours of endurance, which can be used to orchestrate forces in the Multi-Domain Operations (MDO) environment over a combination of land, air or sea.

During the flight, the GE-ER identified emitters with its Communications Intelligence (COMINT) payload while operating at 25,000 feet, cross-cueing the onboard Synthetic Aperture Radar (SAR) to produce precision coordinates sufficient for targeting within minutes. L3Harris’ Rio Nino lightweight COMINT system, capable of detecting emitters out to 250 km, was combined with GA-ASI’s Lynx SAR to perform the task.

All flight activities were controlled from a GA-ASI laptop-based Scalable Command and Control (SC2) system. In addition to the long-range sensors, the aircraft carried two Area-I Altius-600 ALEs. The ALEs will be launched and controlled through the GE-ER during the third flight demonstration, which is scheduled for the near future.