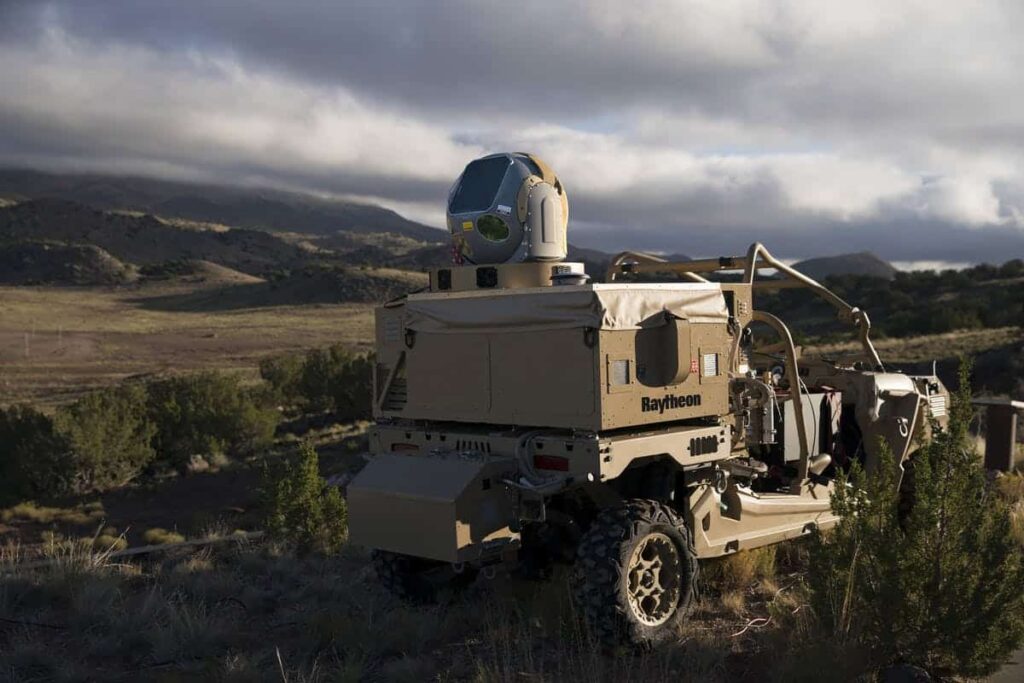 Raytheon Company has announced that it has delivered the first of its new high-energy laser counter-unmanned aerial system (UAS) weapons to the U.S. Air Force. The new capability will be deployed overseas as part of a year-long Air Force experiment to train operators and test the system’s effectiveness in real-world conditions.

The high-energy laser-based defensive platform uses an advanced variant of the company’s Multi-spectral Targeting System, an electro-optical/infrared sensor, to detect, identify and track hostile UAVs. Once threats have been targeted, the system can neutralise rogue drones in seconds.

HELWS (high-energy laser weapon system) has been mounted on a small all-terrain ground vehicle for maximum manoeuvrability. With a single charge provided by a standard 220-volt outlet, it can deliver intelligence, surveillance and reconnaissance (ISR) capability and fire several dozen precise laser shots. When connected to an external generator, the system is capable of firing a practically infinite number of times.

Roy Azevedo, president of Raytheon Space and Airborne Systems, commented: “Five years ago, few people worried about the drone threat. Now, we hear about attacks or incursions all the time. Our customers saw this coming and asked us to develop a ready-now counter-UAS capability. We did just that by going from the drawing board to delivery in less than 24 months.”