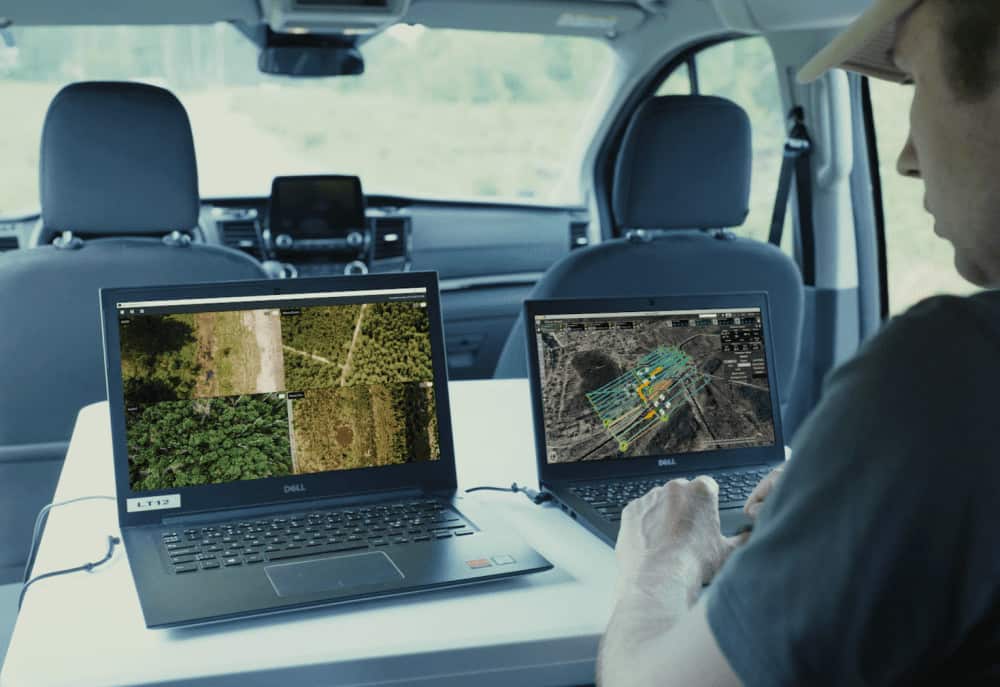 SPH Engineering, an unmanned systems software and servics provider, has announced that it has developed a new UAV (unmanned aerial vehicle) Command & Control solution, based on its UgCS drone mission-planning software, for search & rescue (SAR), police and security operations.

SAR missions are currently the most widespread use for UgCS CC. When someone has gone missing, a mobile operation centre can be conveniently set up in a van parked near the area that is to be surveyed. The mission operator can plan flights and upload routes to the drones, while the drone pilots can set up the drones on-site and monitor the mission via a tablet screen, using the UgCS for DJI mobile app.

No heavy equipment is required when setting up a mobile operation centre — all that is needed to give the operator full control are two laptops and a router enabling the establishment of a wi-fi connection with the drones. The UgCS CC interface allows users to simultaneously view multiple video streams and a 3D map of the mission terrain with the actual coordinates of the drones. Both the operator and the pilots can manually control the drones when needed, as well as adding placemarks for particular areas with attached geolocation and images for a more in-depth inspection.

“In situations when every second counts, you need technology you can rely on,” said Jānis Ķuze, Sales Manager at SPH Engineering. “UgCS CC is a powerful and intuitive tool that has transformed SAR routines, enabling users to better plan and run the missions with limited resources.”

In addition to SAR missions, UgCS CC can also be used for police investigations and other law enforcement activities, as well as disaster response operations and various security surveillance scenarios — from dispatching alarm-triggered drones to supervising regular drone patrols over vast areas.

The software comes in two versions: the Team Edition, for quick-to-deploy mobile operation centres fit for any environment; and the Enterprise Solution, for stationery command centres with advanced data security requirements. Both versions support a wide range of popular drone models from diverse producers and can be easily integrated into existing infrastructure.