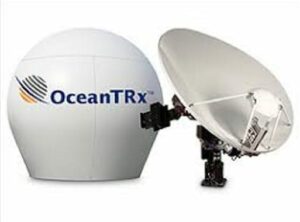 Orbit Communication Systems, a provider of satellite-tracking maritime and ground-station solutions, has announced that it has unveiled its latest dual-band Ku/Ka terminal, extending Orbit’s multi-band maritime satellite communications solutions for unmanned surface vehicles (USVs) and other offshore platforms and vessels.

“Orbit is a long-term technology partner for SES. Over the last 4 years we have become the leading provider of high-speed satellite terminals to large class cruise vessels, and have enabled SES Networks to deliver high-speed broadband services to its customers’ passengers and crew,” said Ben Weinberger, CEO of Orbit. “This newest compact terminal can be easily installed and will be able to offer outstanding performance that is equivalent to a 2.4-meter dish.”

“Orbit has been a creative and responsive partner as we expand our maritime managed services,” noted Eric Watko, Executive Vice President, Product, Marketing & Strategy of SES Networks. “We value Orbit’s ease of integration and reliability as enablers for our customers to leverage the benefits of the market’s only integrated multi-orbit data services. The new multi-band terminal will enable an even broader range of services via our GEO and MEO satellite system.”