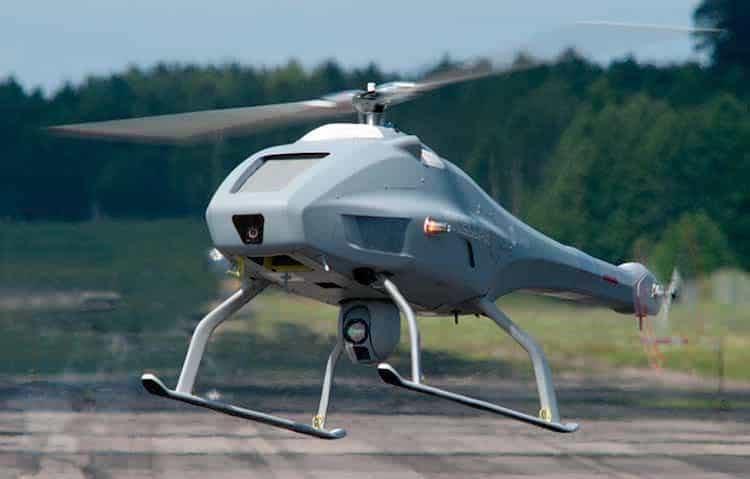 UMS SKELDAR, a developer of rotary Unmanned Aerial Vehicle (UAV) solutions, has announced that it has launched a recruitment drive at its twin design, production and testing facilities in Sweden and Switzerland.

Now in its second year, the joint venture between Saab and UMS AERO has announced an ambitious business growth strategy, led by the flagship SKELDAR V-200, which features the sector’s first and most dependable heavy fuel engine with superior time before overhaul ratios. It also includes a range of payload and sensor options including ViDAR (Visual Detection and Ranging), a synthetic aperture radar (SAR), Moving Target Indicator, signals payload, 3D mapping, AIS transponder, and cargo hook.

To support development of its Vertical Take-off and Landing (VTOL) solutions and systems, UMS is hiring in a range of positions including systems developers for the platforms and Ground Control Station (GCS), helicopter technicians and sensor operators across its locations, with more roles to be announced.

UMS SKELDAR claims that its piston-engine rotary UAV is recognised as the fastest maintenance turn around and unmatched time before overhaul (TBO) aircraft in its class. The VTOL SKELDAR V-200 is produced out of Linköping, in southern Sweden, co-located with a high-tech aerospace cluster around Linköping City Airport, also home to Saab’s own airport.

Additionally, the Swiss site at Möhlin, near Basel, which acts as the company’s head office, also provides R&D, test flights and production modification.

According to CEO Axel Cavalli-Bjorkman: “The strategic focus on navies worldwide, blue light services including search and rescue in addition to research, specialist survey and infrastructure services is paying off with increased interest from across the globe. We have the most dependable platform, engine and widest choice of payloads in our category. We are truly unmatched and supported by world class engineering and software teams across both manufacturing units. Our focus as a global business is to ensure we gain a share in our stated categories of the overall “drone” market that is expected to reach USD 14.9 billion by 2020.”

Earlier this year, UMS SKELDAR was appointed to provide UAV capabilities through its SKELDAR V-200 as part of the OCEAN2020 programme, the first European Defence Agency research tender for naval surveillance technology. UMS SKELDAR has also declared its intention to win the Royal Australian Navy (RAN) UAV contract, bolstered by the recent appointment of Saab to provide the tactical interface to the RAN fleet of nine Future Frigates, amongst other important military contracts awarded by the Australian Government.