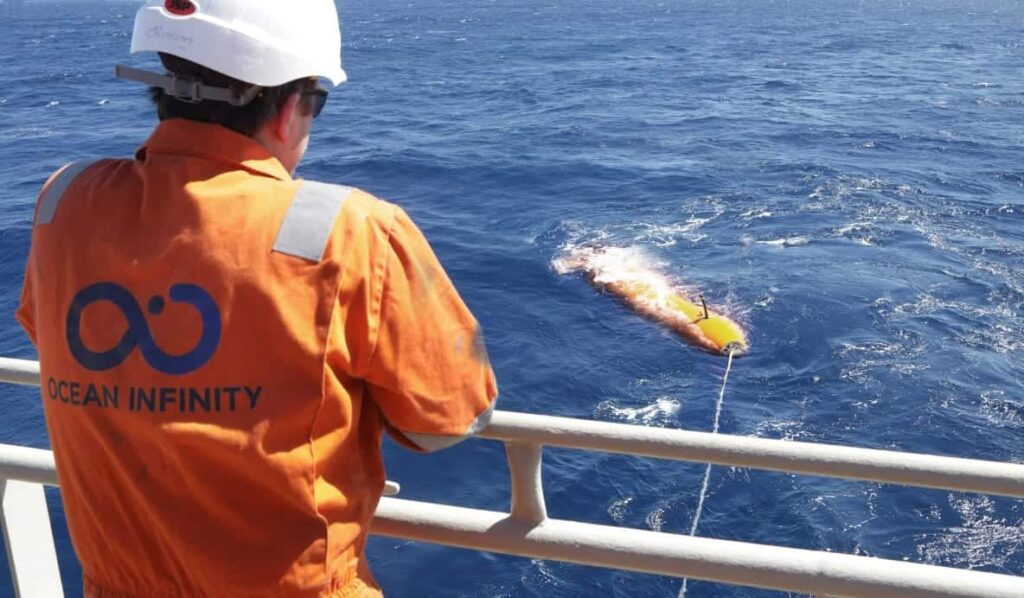 Ocean Infinity, a hydrographic & geophysical survey firm, has announced that it has added a 6,000m-rated Kongsberg HUGIN AUV System to its existing fleet of eight. For this latest HUGIN, which has been specifically configured to conduct under-ice surveys, Ocean Infinity chose Kongsberg’s Highly Integrated Synthetic Aperture Sonar (HISAS).

CEO of Ocean Infinity, Oliver Plunkett, said: “This is an exciting addition to our fleet which means there is now almost no place beneath the oceans we cannot investigate, survey and explore.”

The payload sensors include, in addition to the HISAS unit, a Kongsberg EM2040 multibeam echosounder, which is installed in an upward facing modular payload section designed to facilitate surveys of the underside of the ice. An upward looking Doppler Velocity Log (DVL) is also installed in the same section to aid under-ice navigation. When needed, the vehicle can also be configured for traditional surveys with the EM2040 multibeam echosounder facing down.

Ocean Infinity is scheduled to take delivery of this new HUGIN AUV System in December of 2018. The system will immediately be put to work on a scientific research projected scheduled for the beginning of 2019.