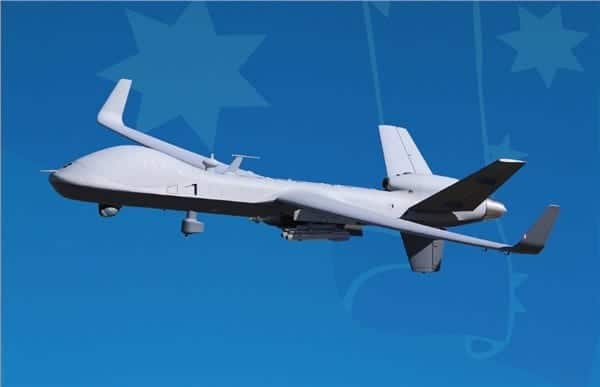 The Team was announced during the opening of the U.S. Pavilion at AVALON 2017 – Australian International Aerospace and Defence Exposition, in Geelong, Australia, by Linden Blue, CEO of GA-ASI, together with Mr. James Carouso, the Charge D’Affairs at the U.S. Embassy in Canberra and Air Chief Marshal Sir Angus Houston, AK, DFC from Defence South Australia.

“General Atomics Aeronautical recognizes the importance of working with Australian established partners, and we are very pleased to be joined in this endeavor by Cobham – our key partner in Australia – CAE Australia, Raytheon Australia, and Flight Data Systems,” said Linden Blue, CEO of GA-ASI. “We have been working closely with the Australian Defence Force (ADF) to understand the operational needs of AIR 7003 and are confident that our RPA System (RPAS) solution will provide mature, persistent, interoperable support to Australia’s warfighters.”

“We have assembled a team with proven capabilities and a focus on Australian industrial support and innovation,” Mr. Blue continued. “Our objective is to expand the involvement of our Australian industry teammates in improving and sustaining this RPA system.”

“Cobham and GA-ASI have been working in partnership for more than 12 years to prepare for the whole-of-life support requirements for Australian Armed RPAS,” said Mr. Peter Nottage, president of Cobham Aviation Services. Cobham has extensive experience across Australia and Europe in support of Defence and Government operations, training and support requirements, and this currently includes the provision of maintenance support for the Reaper Ground Control Station (GCS) at RAF Waddington in the UK. “We are thrilled to be a part of Team Reaper Australia and look forward to delivering an RPAS solution in Australia,” he said.

“We are pleased to join Team Reaper Australia as part of our growing international partnership with General Atomics to provide comprehensive training solutions for the Predator family of remotely piloted aircraft,” said Ian Bell, CAE’s vice president and general manager, Asia-Pacific/Middle East. “Our support of delivering academic, simulator, and live flying training to the U.S. Air Force’s MQ-9 Reaper aircrews gives us a wealth of experience we can leverage in helping the Australian Defence Force create a well-trained and mission-ready cadre of RPA pilots and sensor operators.”

Michael Ward, managing director of Raytheon Australia, said that the company has a long and proven record of successfully supporting the Australian Defence Force as a trusted partner. “We are thrilled to be part of Team Reaper Australia, offering our unique whole-of-life integration skills and an extensive aerospace experience to support this program and to contribute to Australia’s safety and security.”

Air 7003 will provide the Australian Defence Force with a medium-altitude long-endurance RPAS, and will include aircraft and GCS.