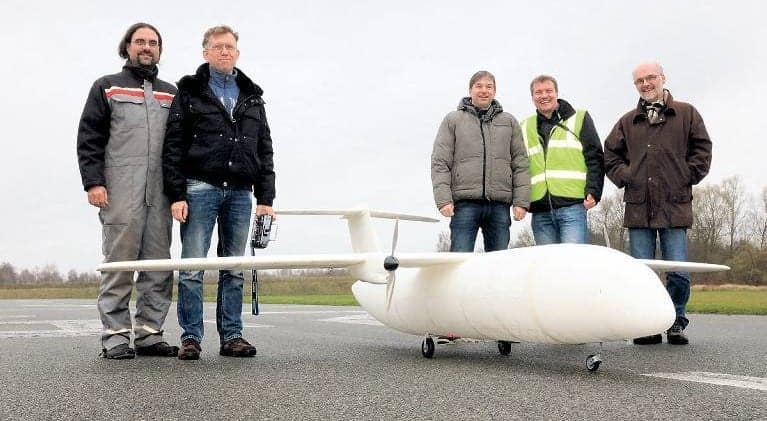 The unmanned aircraft was first tested in November 2015, taking flight for 40 km from Hamburg to Airbus’ plant in Stade, Germany. Constructed in just four weeks, THOR weighs 25kg and has a length and a wingspan of approximately four metres. Following successful tests, 18 missions have been scheduled for 2016.

According to Peter Sander, head of emerging technologies & concepts at Airbus in Hamburg, Germany, the aircraft will serve as a test platform for high risk and aerodynamic investigations, which will be used to further prove the viability the concept of a 3D printed UAV. THOR is comprised of around fifty 3D printed parts, two electric motors, and a remote control.

As Airbus continues to test and refine the aircraft, they are able to reprint and replace parts in a matter of days and weeks as opposed to a conventional manufacturing process, which would take months.

“You can [3D] print this kind of aircraft in four weeks,” Sander reportedly stated in his presentation to the media. “It has low lead times for fast track developments.”

The initiative is being worked on across the different Airbus company sectors, such as Airbus Defense & Space and Airbus Helicopters.