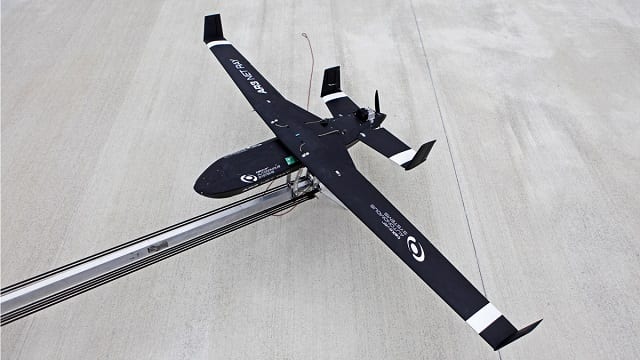 The Tekever Group, a developer of unmanned aerial systems (UAS), has announced that it will be launching a new version of the shipborne UAS AR3 Net Ray at UMEX 2016. The new version of the UAS has an 8Kg payload capacity, an increase of 33% that will provide the option of carrying a 25Nm range maritime radar.

According to the company, preliminary tests have been successful and the AR3 Net Ray will be the first UAS in its class to offer a maritime radar capability.

The AR3 Net Ray is a shipborne UAS designed to support multiple types of maritime and land-based missions, including ISTAR, pollution monitoring, infrastructure surveillance and communications support operations. It can be launched and retrieved from small vessels, providing an easily deployable range extender for maritime platforms.

“Because of its endurance of more than 10 hours, it is a perfect fit to support both maritime and medium range land missions”, said Ricardo Mendes, Tekever COO. “With an extra payload capacity and the integration of a maritime radar, our goal is to provide customers with unprecedented capabilities in a very small and affordable package. We’re still testing these new capabilities, but we’re very happy with the results we’re getting.”

The Tekever Group is building up a UAS program to perform multiple types of near shore and maritime missions, including search and rescue, surveillance, illegal fisheries control, maritime patrol and pollution detection, among others. The program is a result of close cooperation between Tekever and the Portuguese Navy.

Tekever’s knowledge in maritime scenarios is becoming recognized by multiple institutions. The European Space Agency and the European Maritime Safety Agency have selected the Tekever AR5 Life Ray Evolution UAS for a new European maritime surveillance system composed of drones. The RAPSODY Project, led by Tekever, will test this year the use of unmanned aerial systems in a maritime context through real-world demonstration of two scenarios: search and rescue missions; and pollution and oil spill monitoring. The systems will operate over the Atlantic Ocean, the North Sea and the Mediterranean Sea.