Spanish Ministry of Defense to Acquire Predator B UAS 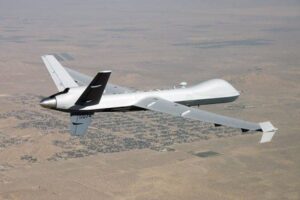 “GA-ASI is proud to partner with the Spanish Armed Forces to offer our operationally proven Predator B RPA to fulfill Spain’s emerging multi-mission requirements,” said Linden Blue, CEO, GA-ASI. “We also look forward to working with teammate SENER, a leading engineering company, and developing collaborative partnerships with other Spanish companies to help ensure the long-term success of the program.”

For his part, Andrés Sendagorta, vice president of SENER, expressed: “SENER, as technological teammate of GA-ASI for the MALE [Medium-altitude Long- endurance] project in Spain, is delighted to make all its capabilities available to the Spanish Armed Forces in order to achieve the best integration of the new system in Spain.” And he added: “The MQ-9 is broadly considered to be the best system in its range to which SENER has been providing keen backing for years. Reaper will contribute significantly to strengthen our country’s Defense and Security system and will provide increased protection to our forces.”

GA-ASI’s multi-mission Predator B is a long-endurance, medium-high-altitude RPA that features an extensive payload capacity (850 lb/386 kg internally, 3,750 lb/1,700 kg externally), with a maximum altitude of 50,000 feet/15240 meters, and can stay aloft for up to 27 hours. Complementing this capability, SENER and Spanish industry will leverage their proven engineering and manufacturing experience to optimize sustainment and capability of the Predator B system in support of the Spanish Armed Forces.