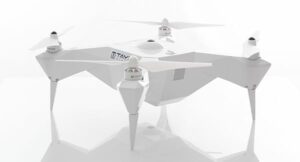 Tayzu Robotics, a manufacturer and developer of Unmanned Aerial Vehicles (UAVs), has announced that it has reached an exclusivity agreement with the government of the Cayman Islands allowing the company to create a comprehensive UAV testing facility on the island of Cayman Brac. Recognizing the need for a research and testing facility that can cater to the needs of users and developers of Unmanned Aerial Vehicles, Tayzu Robotics has worked with the government of the Cayman Islands to create such a facility.

While the United States Government and the Federal Aviation Administration attempt to establish regulations for the testing of UAVs, the government of the Cayman Islands has allowed a high level of freedom for the large scale testing of UAVs. The Tayzu Robotics testing site will offer UAV testing for crafts that will be used for a variety of commercial and industrial applications, including automated delivery systems, surveillance, and geographic surveying. Major corporations like Google, UPS, GoPro, DHL, and Amazon will have the ability to test island-to-island take off and landing, non-line of sight flight, surveillance applications, fully automated flight, and more.

Tayzu Robotics has the exclusive right to operate and oversee aerial robotic testing in the Cayman Islands. Located just under an hour away from the Florida coast, the site on Cayman Brac is an ideal location for developers and business that wish to test UAV capabilities. According to Tayzu Robotics, the government of the Cayman Islands has been very welcoming and has placed few restrictions on the use and application of Unmanned Aerial Vehicles.