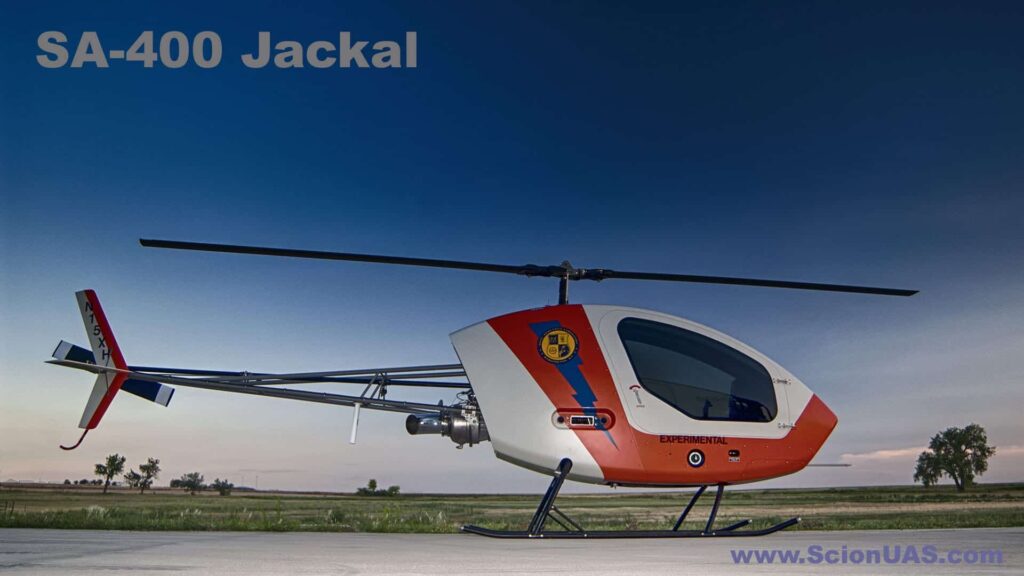 Scion UAS, developers of VTOL unmanned and optionally piloted aerial systems, has received FAA certification for the SA-400 Jackal optionally piloted vehicle. The vehicle, which can carry a 100 lb payload for more than 5 hours, received an FAA Special Airworthiness Certificate for Experimental Research and Development.

The certification marks a significant step forward for Scion UAS as it prepares to deliver the SA-400 Jackal to the Naval Research Laboratory (NRL) under a contract to supply multiple systems for development and testing of emerging sensor systems, which was announced in October 2012.

The SA-400 Jackal is currently in the midst of flight testing and will be displayed at AUVSI’s Unmanned Systems in Washington D.C., August 2013.