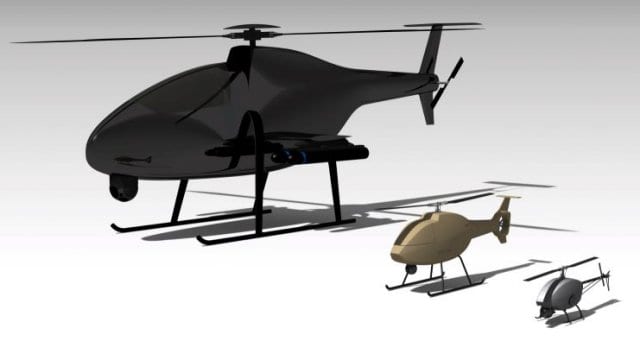 Scion UAS, LLC has won a government contract worth up to $3 million to supply unmanned helicopters for unspecified uses. The company must deliver one such helicopter to the Naval Research Laboratory within six months, another three months later, with an option for a third, according to Scion co-founder Jim Sampson.

Scion was awarded the contract Sept. 28.

The Naval Research Lab’s request for proposals specifies what the helicopter should be able to do – such as take off from and land on a moving ship by itself, fly sideways into a 46-knot wind and carry at least a 90-pound payload.

“It will fly all by itself,” Sampson said. “The computer will fly it. We just tell it where to go.”

The military agency needs a vehicle versatile enough to carry the equipment that it’s testing, said Scion UAS director of software development Phillip Jones, but it isn’t saying what that equipment will be.

Scion UAS and Scion Aviation, the company it spun off from last year, employ about 10 people now, Jones said, although they would need to add workers and increase automation if they started producing helicopters in any numbers.