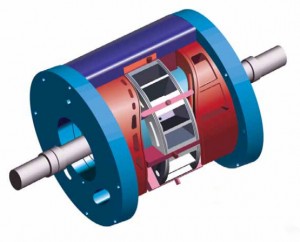 The RadMax engine is an internal-combustion engine built around a rotary design, capable of producing two to three times the power at half the weight of a Wankel engine of the same size. Simplicity, power, and efficiency are key design priorities that have been applied during the development of the RadMax Engine.

The Unmanned Aircraft Systems East Symposium will focus on future developments of UAS, a sector with a predicted global spending of $71 billion over the next 10 years.

The conference brings together key officials and representatives from both the government and industry and will examine recent developments, critical capability gaps and likely future direction for unmanned aircraft systems.

Paul Porter, Chief Engineer, states, “This is an excellent opportunity for REGI U.S., Inc. to attract interested end users in the military and aerospace sector, to find out information on our light weight, fuel efficient, RadMax rotary engine.”