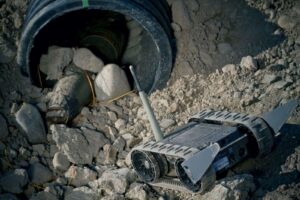 The U.S. Government announced a $14.4 million order for FirstLook robots during the quarter

iRobot Corp., a leader in delivering robotic technology-based solutions, has announced its financial results for the first quarter ended March 30, 2013.

“We kicked off 2013 with an outstanding quarter. The results and outlook for our Home Robot business are excellent. We are very excited to have begun shipping our RP-VITA telemedicine robot in Q1 and our Defense & Security business delivered solid results,” said Colin Angle, chairman and chief executive officer of iRobot.

“Based on our view of the rest of the year, we are increasing our full-year financial expectations for both revenue and profit. The revenue increase is being driven by better than anticipated Home Robot demand in the United States. Improvements in gross margin due to favorable product mix, successful integration of Evolution Robotics (ER) and tighter operating expense control will each contribute to increased profitability and enable us to deliver on our commitment to profitable growth.”

Braava™, the iRobot-branded version of the Mint® robot was launched to select European distributors.

Due to the timing of Defense Department orders for spares, service and training (PLR) to support the fleet of 5,000 iRobot unmanned ground vehicles, D&S Q1 revenue was higher than anticipated. In addition, the government announced a $14.4 million order for FirstLook robots during the quarter which gives confidence in achieving full year expectations.

The company began shipping the RP-VITA to InTouch Health during the quarter. Roughly one dozen of the robots are currently in use in hospitals.