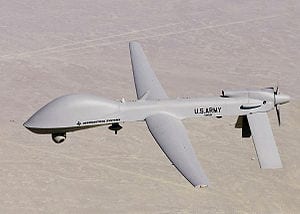 Under the terms of the deal, which runs until May 7, 2013, General Atomics will provide maintenance, program management, engineering support and spare parts for all the MQ-1C Gray Eagle unmanned aerial vehicles currently deployed to Afghanistan.

General Atomics originally won the Army contract to provide support for the aircraft in 2005, spokeswoman Kimberly Kasitz said. This extension is the second part of an award that replaced a contract that had expired May 7.