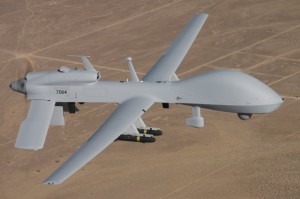 Following training and internal Army evaluation exercises, F/227 is now deployed with 12 aircraft. Gray Eagle aircraft logged over 1,700 flight hours during a total of 238 flights over the initial seven-month training and evaluation period. In the meantime, a second Gray Eagle company is currently staging its equipment in conjunction with readiness level operator and maintainer training.

Prior to the establishment of F/227, two groups of four aircraft each were deployed to Afghanistan via two Quick Reaction Capability (QRC) initiatives. These QRCs are designed to support the Warfighter, in addition to providing valuable lessons learned for the concurrently developing Program of Record. The QRCs also bring the added advantage of getting valuable technology into the hands of the Soldiers more quickly.

“The Gray Eagle UAS is providing unprecedented value to the operators,” said Richard Kretzschmar, deputy project manager, PM UAS, U.S. Army. “The feedback we’re getting from the QRCs is that this is a game-changing capability.”
Gray Eagle supported the Apache Block III Initial Operational Test & Evaluation (IOT&E) in April to demonstrate manned-unmanned teaming in support of commanders and Soldiers. The Defense Acquisition Board (DAB) review was conducted on June 1 and authorized the program to proceed with a third Low-Rate Initial Production (LRIP) purchase of 29 aircraft and supporting equipment, followed by IOT&E in August 2012. To date, GA-ASI has delivered 61 Gray Eagle aircraft to the Army, with another 44 aircraft currently on order.