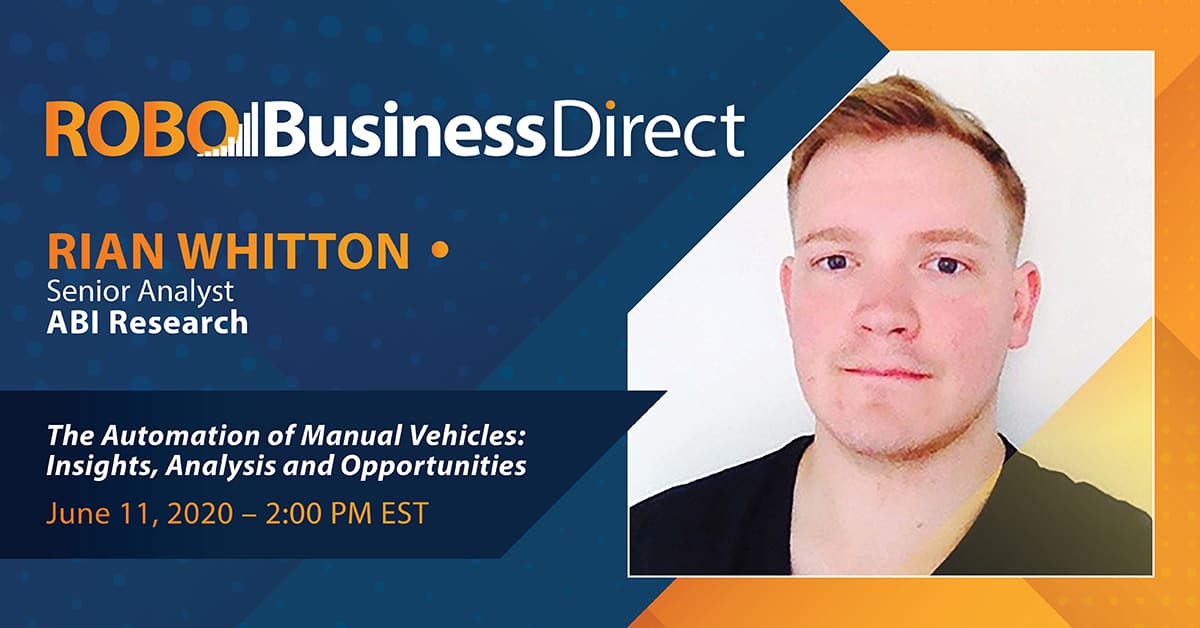 In this session, Rian Whitton, Senior Analyst at ABI Research will analyze one of the biggest opportunities for providers of robotics technologies – the retrofitting of manual vehicles used in a wide variety of industries to support autonomous navigation. The session will include data on shipments and revenues, as well as overviews of well-known providers of autonomous navigation solutions including Brain Corporation, BlueBotics, Built Robotics and Outrider. Ongoing opportunities will also be discussed.

As part of the Strategic Technologies research team at ABI Research, Rian Whitton provides consulting and analysis covering robotics, automation, intelligent systems, artificial Intelligence and machine learning. He has also written actively on the commercial application of unmanned aerial vehicles. Whitton has also been an editor and contributor to the Conflict Comment, a media outlet that focuses on international relations. He holds a Master’s degree in Science & Security from King’s College London, where he focused on the intersection of technology and defense. Subjects of interest included lethal autonomous weapons, unmanned systems, aerospace innovation, nuclear deterrence and how it relates to international affairs.

Dan Kara is Vice President, Robotics at WTWH Media where he charted with driving the company’s robotics and intelligent systems initiatives. Prior to joining WTWH, he was Practice Director, Robotics at ABI Research and Chief Research Officer for Myria RAS, both research and advisory services firms focused on automation, robotics and intelligent systems. Dan was also President of Robotics Trends, an integrated media and research firm serving the personal, service and mobile robotics markets. He was the developer and past chairman of the RoboBusiness Conference and Exposition series, the RoboDevelopment Conference and Exposition series, the RoboNexus Conference and Exposition series, and the CES Robotics TechZone. He holds a MS in Computer Science from Boston University.