In this article Skylock, part of the Avnon Group, discusses why it believes counter-Unmanned Aerial Systems (cUAS) solutions should be deployed in public areas, institutions and infrastructures to protect people from drone threats. 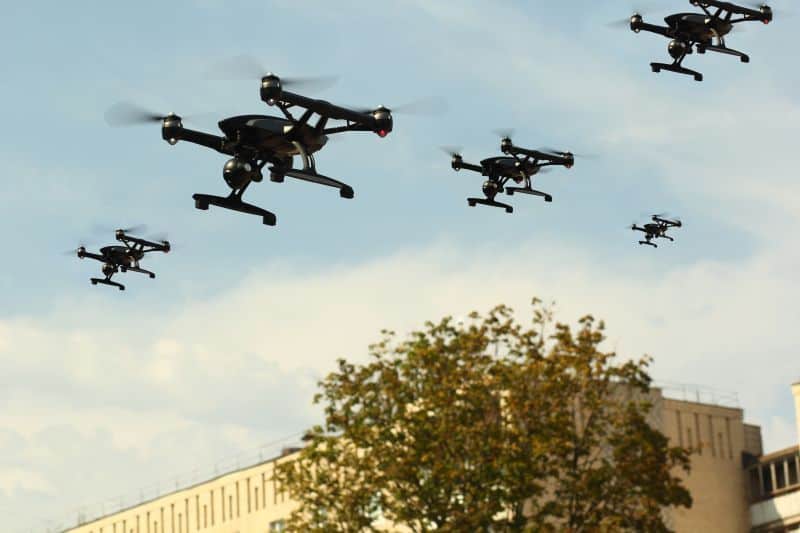 The world has experienced a steady increase in the number of drone incidents in the past few years, emphasising the need for a long-term anti-drone solution that can mitigate any possible threat to the public at any time.

Since 2014, the FAA has been regularly publishing the UAS Sightings report showing thousands of intrusions in the United States alone. Together with additional available data, we now know the types of infrastructures potentially targeted, the drone technology available today, the anti-drone solutions to detect and neutralize various threats, and the importance of deploying passive and offensive counter-drone techniques for mitigation measures in public areas and institutions.

National infrastructures have been the first to consider protection against drone intrusions as they are the obvious target for activist groups, industrial disruptions and terror threats.

A country’s private and public institutions are susceptible to offensive threats carried out by extremists and adversaries. The use of drones by lone-wolves or malicious organizations to conduct physical intrusion attacks threatens society as a whole by breaching privacy and public safety. As they are readily accessible and easily modified, weaponized drones can be destructive and cause casualties, for instance, in schools and university campuses.

Disruptions in a country’s economy, financial institutions, and healthcare can have huge ripple effects in the amount of damage caused by simply targeting strategic locations or simply gaining field intelligence to plan structured attacks on a larger scale.

Recently, organized crime has targeted correctional facilities to provide inmates with weapons, drugs, cash, and smartphones. The BBC reported that back in 2015, the US Bureau of Prisons publicly sought technology to detect and stop contraband smuggled by drones, while in 2017, the UK government formed a specialist squadron to “tackle the drone threat to prisons”.

The question of personal protected rights to privacy and jurisdiction dates back to when public surveillance cameras made their appearance in retail, public spaces and government offices. Their purpose was crime control and documenting criminal activity by identifying perpetrators and gathering evidence for eventual prosecution. Today’s law enforcement authorities need to follow their country, state, and county legislation in order to deploy, under a search warrant, a drone for intelligence gathering and investigation.

Deploying anti-drone systems, law enforcement authorities must take into consideration the collateral damage that may be caused by neutralizing a threatening drone in a public area. Disabling a threatening drone by taking over its navigation control could result in the UAV falling onto the public or landing in hazardous areas such as busy roads, where it can cause fatal accidents. Law enforcement must detect and mitigate suspicious drones prior to any harm caused.

Keeping Your Skies and Your Civilians Safe

Safety and security in air, ground and naval transportation must be provided by any government toward its citizens. Governmental institutions and infrastructures should deploy anti-drone measures as it endangers anyone within public areas and institutions. The increase in commuter traffic on roads requires an increase and improvement in safety and security by deploying traffic cameras and surveillance with intelligent video analytics software to detect abnormal driving behavior over thousands of camera feeds. Trains, buses, and public stations have all deployed surveillance systems. More recently, cities worldwide have deployed extremely large networks of street cameras, with some equipped with face recognition, to monitor public spaces. The danger and risk hostile drones can cause to the population in public areas and institutions certainly pose the question of ‘when’ and not ‘if’ such areas will deploy anti-drone solutions.

The European Union is currently working on legislation, but it remains preliminary. On the other hand, the US has approved an FAA act for DOJ and Homeland Security departments to prevent emerging threats and provide initial infrastructure for counter drone measures.