Amazon customers in Lockeford, California, will be among the first to receive Prime Air drone deliveries in the US amazon News By Phoebe Grinter / 15 Jun 2022 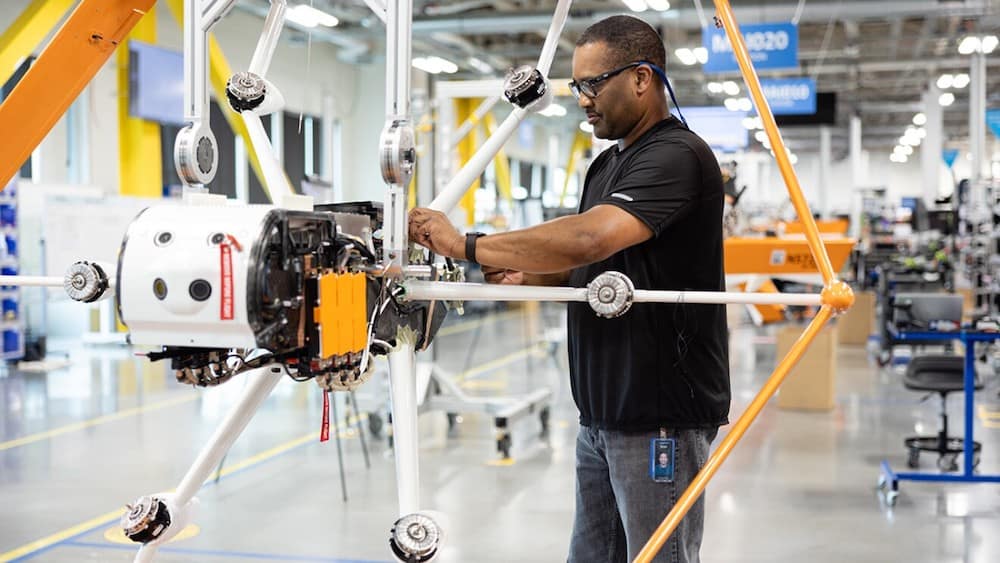 Amazon's MK27-2 drone, its latest design which will be used to make customer deliveries in real-world environments

Amazon customers living in Lockeford, California, will be among the first to receive Prime Air drone deliveries later this year after Amazon announced that its teams of hundreds of scientists, engineers, aerospace professionals, and futurists have been working to build a drone network that can deliver to customers across large communities.

Once onboarded, customers in Lockeford will see Prime Air-eligible items on Amazon. They will place an order as they normally would and receive an estimated arrival time with a status tracker for their order. For these deliveries, the drone will fly to the designated delivery location, descend to the customer’s backyard, and hover at a safe height. It will then safely release the package and rise back up to altitude.

Lockeford residents will provide feedback to Amazon about Prime Air drone delivery to help the company create a service that will safely scale to meet the needs of customers everywhere.

As the company launches the service in Lockeford, it will also be investing in the community, creating new jobs, building partnerships with local organizations, and helping reduce carbon emissions.

“Lockeford residents will soon have access to one of the world’s leading delivery innovations,” said California State Assemblyman Heath Flora, whose district includes Lockeford. “It’s exciting that Amazon will be listening to the feedback of the San Joaquin County community to inform the future development of this technology.”

Amazon is working with the Federal Aviation Administration (FAA) and local officials in Lockeford to obtain permission to conduct these deliveries and will continue with that collaboration into the future.

Not all drone systems are equal. For example, a lot of drones do not have the capability to sense and avoid other aircraft and obstacles, which causes problems in the Beyond Visual Line Of Sight (BVLOS) drone delivery industry. Those systems will require visual observers along the route of every flight to help the drones avoid hazards. That type of drone can be deployed relatively quickly, but it limits delivery operations to a small radius.

Amazon has created a sophisticated sense-and-avoid system that will enable operations without visual observers and will allow its drones to operate at greater distances while safely and reliably avoiding other aircraft, people, and obstacles.

The company designed its sense-and-avoid system for two main scenarios: to be safe when in transit, and to be safe when approaching the ground. When flying to the delivery location, the drones need to be able to identify static and moving obstacles. Amazon’s algorithms use a diverse suite of technologies for object detection. Using this system, the drone can identify a static object in its path, like a chimney. It can also detect moving objects on the horizon, like other aircraft, even when it is hard for people to see them. If obstacles are identified, the drone will automatically change course to safely avoid them. As the drone descends to deliver the package into a customer’s backyard, it ensures that there is a small area around the delivery location that is clear of any people, animals, or other obstacles.

Since the inception of Prime Air, Amazon has designed, built, and tested many drones, creating more than two dozen prototypes. These include:

Amazon has worked closely with the FAA and other regulators throughout the process, claiming that Prime Air is one of only three drone-delivery companies that has gone through the rigorous process to earn an FAA air carrier certificate, which will be required to operate drones using these advanced capabilities.