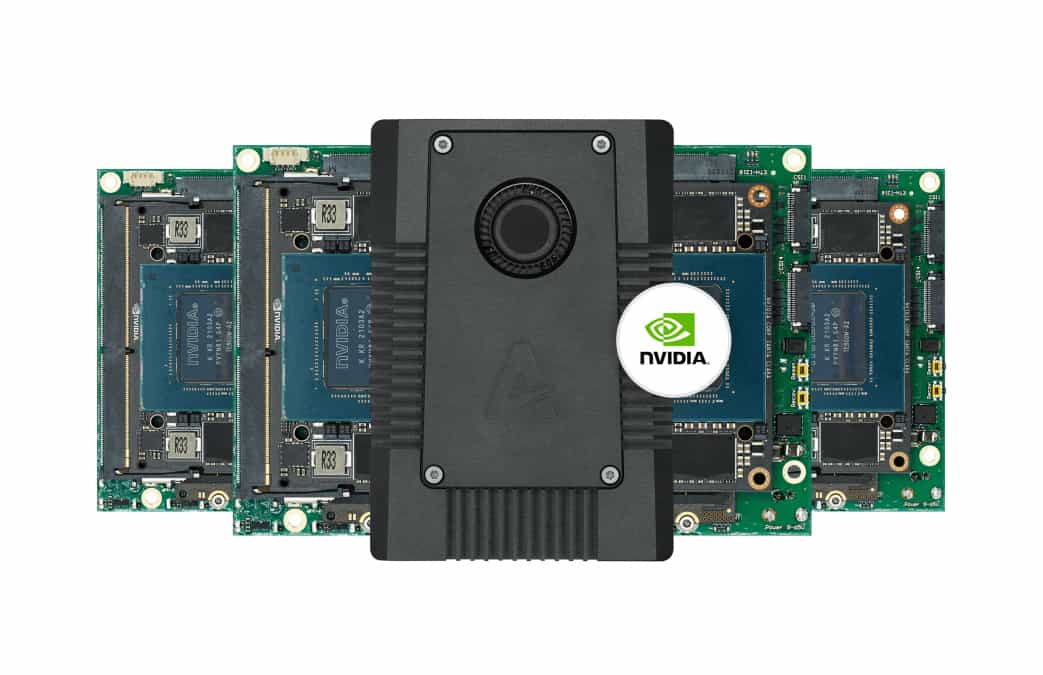 Auterion has developed a new onboard AI Node for drones and other mobile robots that adds supercomputer performance to the company’s Skynode avionics and connectivity platform. AI Node easily integrates with Auterion’s open ecosystem, resulting in a wider choice of powerful solutions for end users.

AI Node is equipped with the NVIDIA Jetson Xavier NX, the world’s smallest AI supercomputer for embedded and edge systems, which enables the direct processing of high bandwidth sensor data for better decision-making during operations. Compute-heavy AI and ML algorithms for object recognition, tracking and counting can be used, on mission, in advanced applications for public safety, security, and wildlife conservation, and across industry use cases.

Other benefits of AI Node include:

Immediate development and prototyping – Teams can plug and play with a wide range of interfaces to connect various payloads and sensors. By flexibly integrating into customer ecosystems and running Auterion OS with established developer workloads, users can easily develop applications on AI Node.
Extended memory and flexible usage – Users can leverage fast, non-volatile integrated memory for data logging and big neural networks, and they can enjoy flexible use with a very wide input voltage range.
Optimized deployment – It’s easy to optimize algorithms with the NVIDIA libraries and deploy apps in containers with the Auterion developer tools.
Deep compatibility with Skynode – Built for SkyNode, AI Node seamlessly integrates with it and the entire Auterion open ecosystem. AI Node is available as an off-the-shelf unit for immediate use, or as a reference design for customers to build their own hardware module. Since AI Node runs Auterion OS, the same software Skynode uses, it provides the user with an identical user experience. Enterprises also can leverage OEM versions of AI Node as teams run their own form factor in production.

Markus Achtelik, vice president of engineering at Auterion, commented: “As enterprises leverage more powerful cameras and sensors on drones, the huge amount of data being created will overload any current data link, including 5G. It’s much more efficient to process raw data onboard via supercomputer, so that the operator or even the software itself can engage in real-time decision-making. AI Node delivers the horsepower to run modern neural networks in parallel and distill data from multiple high-resolution sensors—which translates into faster innovation for enterprises and other organizations.”

“Some of our customers have very specific requirements necessitating a considerable amount of onboard computing,” said Bobby Watts, CEO and principal engineer at Watts Innovations. “For this, we turned to Auterion and AI Node, which allows us to run GPU intensive software onboard for applications such as vision-based precision landing, real-time mission navigation and other vision-based capabilities. Because AI Node is a part of Auterion’s tight ecosystem, the integration and implementation is as clean as could be.”

Software developers such as Spleenlab are enabling new and more advanced solutions for end customers. “With AI Node, drone manufacturers and integrators can deploy Spleenlab’s compute-heavy VISIONAIRY software and advanced AI algorithms directly onboard drones,” said Stefan Milz, CEO of Spleenlab. “This allows them to increase the safety of systems by executing tasks like ground-risk estimations. Working with Auterion’s AI Node is a win-win for us as providers and users of their software. We especially appreciate how easy it is to connect and collaborate with other manufacturers within their ecosystem.”

Turn your drone into a connected autonomous system

Adds supercomputer performance to your Skynode, right at the edge onboard your drone

The centerpiece of your drone operations