UAV Instruments CIES 2.2 Solar Powered has solar panels in its wings that enable a flight time of up to 10 hours for photogrammetry, surveying, remote sensing, reconnaissance or precision agriculture operations uav-instruments News By Phoebe Grinter / 23 Mar 2022 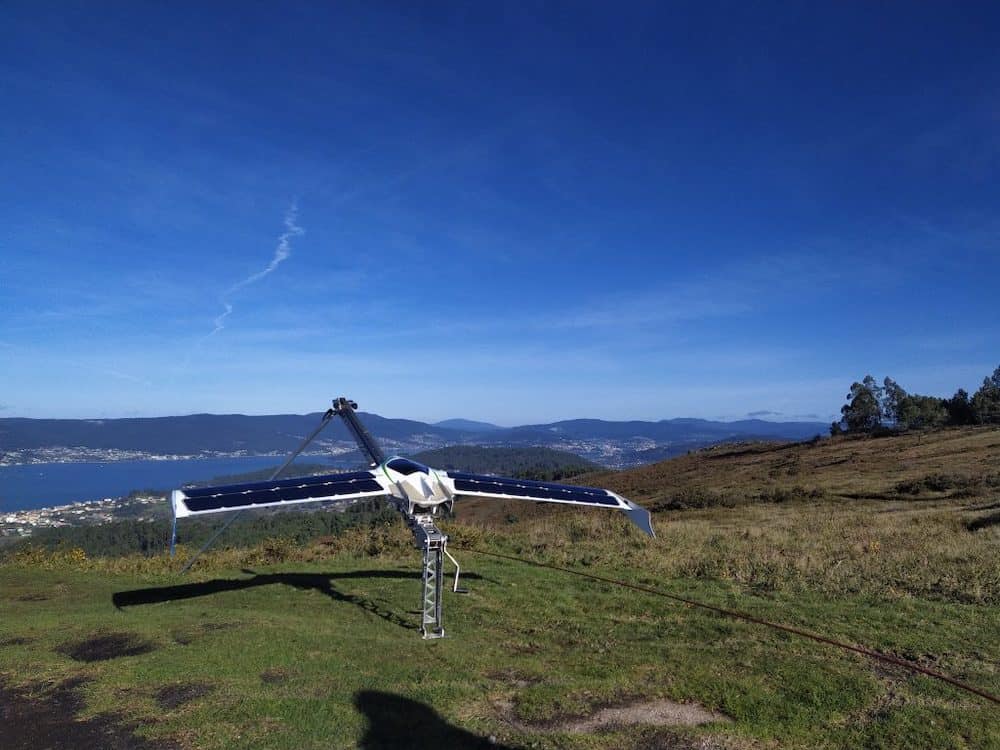 UAV Instruments has developed a solar powered fixed-wing Unmanned Aerial Vehicle (UAV) with solar panels in its wings that enable a non-stop flight time of up to 10 hours.

With a maximum take off weight of 4 kilograms, the CIES 2.2 Solar Powered (SP) UAV has a range of up to 100 kilometers at a cruise speed of 30 knots, and is able to withstand 20 knots of windspeed and 27 knots of gusts.

The CIES 2.2 SP is designed for photogrammetry, surveying, remote sensing, reconnaissance or precision agriculture. UAV Instruments offers three different payload options for the UAV: a 20.1 MP RGB camera, Micasense Rededge, or Micasense Altum. The company is hoping to integrate a new camera with advanced functions including video streaming and the ability to follow targets and identify license plates or faces, with the aim of placing the CIES 2.2 SP at the service of environment protection and public safety customers.

UAV Instruments started its commercial operations with the CIES 2.2 SP in 2020, mapping 7.500 acres of burned land after a wildfire in a record time. This cartography was used by Spanish Authorities to evaluate the area and design a recovery plan for the soil.

Since this first operation, the CIES 2.2 SP has accomplished diverse missions in aerial photogrammetry for the Spanish Authorities and in precision agriculture for vineyards.

The CIES 2.2 SP is easy to operate, with catapult take off, autonomous flight and automatic parachute landing. The system incorporates autonomous flight procedures, including a series of pre-programmed fail-safe options in accordance with current safety regulations.