Thales has successfully completed the first flight of a half-scale prototype of its UAS 100 long-range Unmanned Air System (UAS).

The UAS 100 has been designed to help meet demand for more cost-effective drone missions with a lower environmental impact. The system was developed in partnership with Issoire Aviation and Hionos, and with the support of the French Ministry of the Armed Forces via the Defence Innovation Agency (AID). 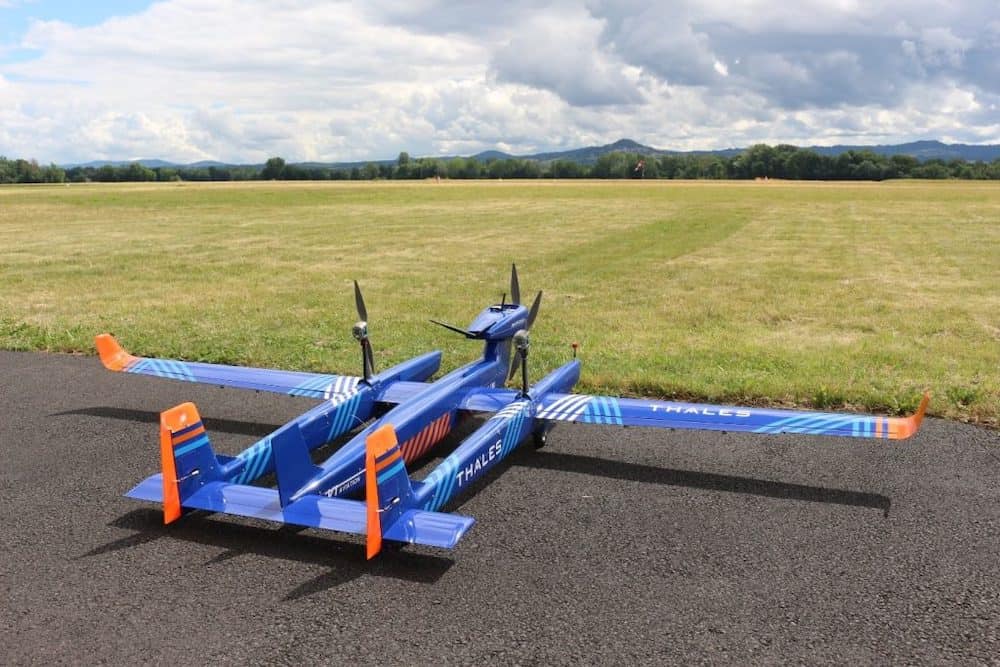 The system is intended for use in a broad range of missions, including:

The UAS 100 will have a range of over 100 kilometers (62 miles) and a jam-resistant navigation system will ensure safe operation even in dense or cluttered electromagnetic environments.

Its flight avionics combine the certified levels of flight safety and security of Thales’s solutions for the aerospace sector with the low weight and compact design needed for integration on board a light UAV.

Powered by two electric motors as well as an internal combustion engine guarantees the discretion needed to accomplish missions and operate over-populated areas, while ensuring the necessary endurance and resilience to failure.

The system will reduce operating costs and improve the environmental footprint of drones, opening up new opportunities for inspection and surveillance operations and expanding the capabilities of government services and the armed forces.

The innovation has been developed in record time owing to a strong partnership between Thales, Issoire Aviation and Hionos. Issoire Aviation has provided unique know-how in aerostructure design and manufacturing, while Hionos contributed its autopilot software solutions for drones.