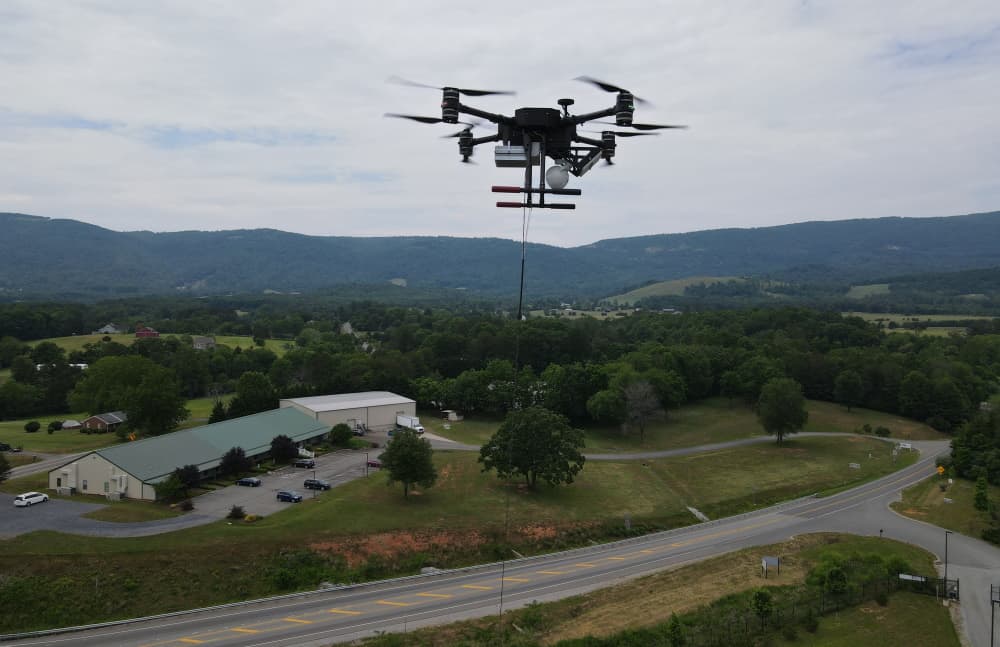 Zenith AeroTech has confirmed that its Quad 8 multi-rotor tethered UAV (unmanned aerial vehicle) has flown a total of 161 hours and 49 minutes over the course of a week, 108 hours of which were continuous, uninterrupted flight. Through this test, the platform demonstrated its ability to serve as a long-endurance platform for persistent surveillance.

The seven-day test took place at the company’s facility and was initiated at the request of a government customer prior to delivery. The Quad 8 UAV, which carried an electro-optical/infrared camera and an Echodyne EchoFlight radar, flew for most of that time, only coming down twice during lightning storms, which had to be waited out.

Zenith AeroTech has also recently partnered with DroneShield to provide enhanced drone-detection capabilities and countermeasures. In putting DroneShield’s DroneSentry-C2 command-and-control application, along with an Echodyne radar, onto a tethered drone, Zenith AeroTech provided a platform with a higher elevation than the standard mast. This eliminated clutter and false positives, allowing for better counter-drone detection.

Kutlay Kaya, CEO of Zenith AeroTech, commented: “Small, multirotor-type drones are notorious for their limited air endurance. By contrast, TAVs [tethered aerial vehicles], which draw power from a generator on the ground, can stay aloft for hours at a stretch. But no other TAV company has ever been able to fly a platform for as long as we just did. This is a major technological breakthrough for small unmanned systems.”

“We observed all the FAA regulations for day and nighttime operation. Our team was on site around the clock, with people taking 8-hour shifts to watch the TAV and the Ground Power-Tether Management System. There were two times we had to bring down the Quad 8, but as soon as those storms subsided, the TAV was back in the air. We flew through 18 hours of light to heavy rain with wind gusts up to 40 mph.”

“By demonstrating more than 100 hours of flight time, we’ve opened up our TAV to all sorts of mission sets and customers.”