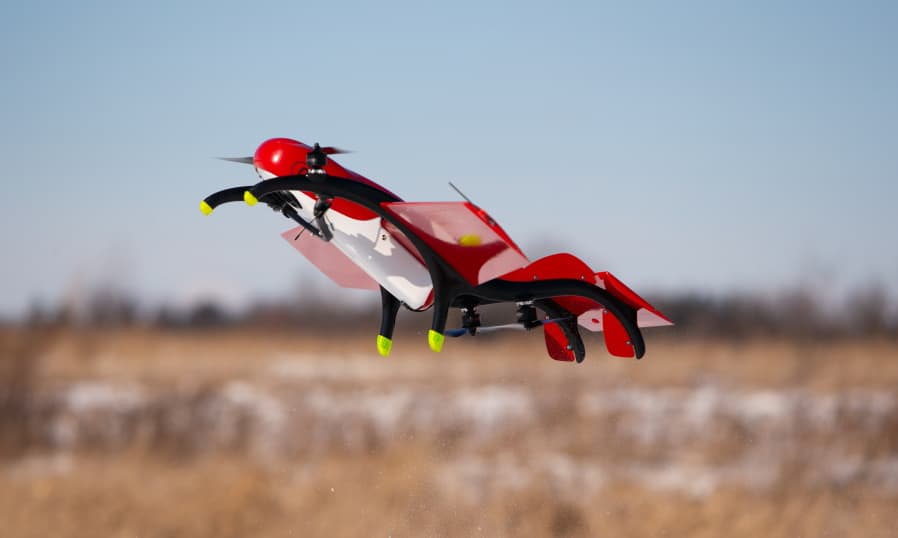 FIXAR has confirmed that its new hybrid VTOL UAV (unmanned aerial vehicle) will be manufactured in North America by drone technology developer Volatus Aerospace. Up to 1200 units will be manufactured per year at Volatus’ new facility at the Lake Simcoe Regional Airport in Oro, Ontario. Volatus’ contribution to the venture, including in-Canada production site set-up, business development and technical support, is estimated to total approximately $1M.

The new drone, which has recently been approved for flight by Transport Canada, can transition between vertical and forward flight, taking advantage of the lifting power of an airfoil to fly forward with greater efficiency than a quadcopter or fixed-wing drone.

This establishment in the North American market will allow Fixar to ensure superior customer services and tech support for end users in the region. Volatus is a highly experienced provider of aviation technologies, with a team of 112 drone operators that has implemented 29,000 missions within industrial sectors, for a total of 19,000 flight hours with a fleet of 140 different drones.

The first of the product line to be manufactured in North America will be the FIXAR 007. This configuration, featuring a two-kilogram (4.4 lb) payload capacity and swappable payload module, is an ideal UAV for a multitude of applications, including mapping/photogrammetry, LiDAR scanning, last-mile delivery, precision agriculture, critical infrastructure monitoring and more.

Glen Lynch, CEO of Volatus Aerospace, commented: “The clue is in its name. FIXAR stands for Fixed Angle Rotors. That means the position of the motors does not change when the aircraft transitions. It’s a patented design and allows the aircraft to seamlessly transition between vertical and forward flight. The increased range of the unit can be really useful when you want to inspect something longer – like a pipeline or road, for example.”

Yulia Druzhnikova, FIXAR’s Director of Global Expansion, said: “Volatus Aerospace offers everything that we require in a strategic partner. They are opening a first-class manufacture centre; they have depth of expertise for advanced and BVLOS pilot and operational training; they offer distribution coast-to-coast in Canada and have recently opened operations in the USA.”