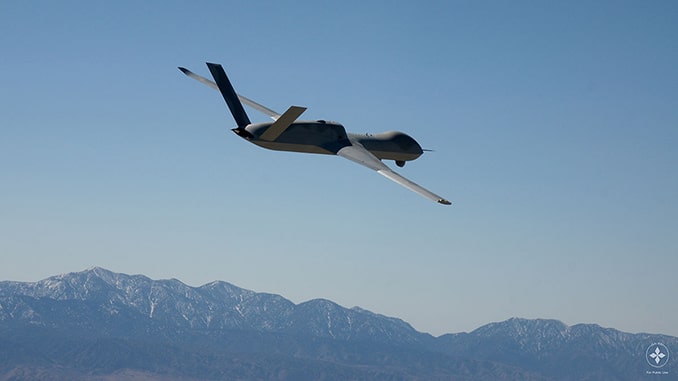 The jet-powered aircraft is designed to perform high-speed, long-endurance missions over land or sea, with avionics based upon the battle-proven Predator B/MQ-9 Reaper platform. With a 44-foot long fuselage and a 76-foot wingspan, it can carry a payload of more than 4,000 pounds, fly at over 400 KTAS, and stay in the air for more than 20 hours.

GA-ASI’s fleet of Avenger aircraft has recently surpassed the 30,000 flight hour milestone, with the UAVs being engaged in a variety of projects including the U.S. Air Force’s Skyborg Vanguard Program, which is pushing the boundaries in teaming autonomous systems with human-crewed platforms.

Pete Latta, GA-ASI’s Senior Director of Quick Action Programs, commented: “Since 2005, GA-ASI has worked closely with the FAA to affirm the special airworthiness certification of RPAs, promoting their integration into the National Airspace System. This EC will also help GA-ASI employ the latest configuration of the Avenger ER for customer payload testing and company investments in advanced UAS control technologies.”