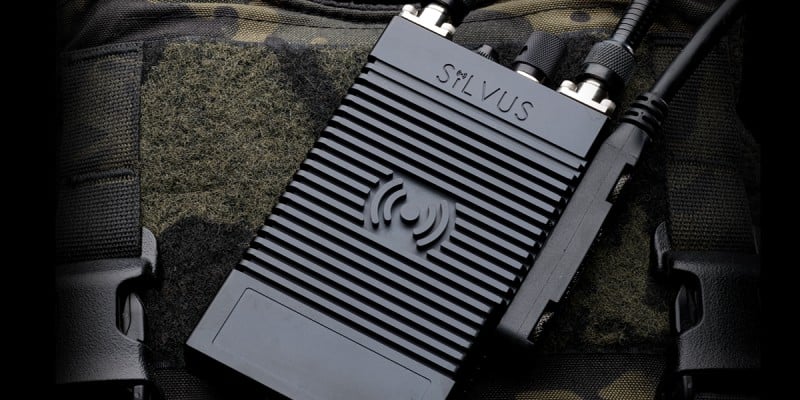 Silvus Technologies has released new models in its StreamCaster family of MIMO radios for UAVs (unmanned aerial vehicles) and unmanned systems, as well as waveform features designed to deliver reliable performance in congested and contested environments for a wider range of missions.

The StreamCaster Lite 4200 (SL4200) is the smallest and lightest radio ever offered by Silvus, and is designed for size, weight, and power (SWaP)-constrained applications. The SL4200 utilises Silvus’ Mobile Networked MIMO (MN-MIMO) waveform and operates in narrowband channels as small as 1.25MHz.

Silvus has also launched 10W and 20W versions of the company’s existing StreamCaster 4200 (SC4200) and StreamCaster 4400 (SC4400), for enhanced output power without any increase in size or weight. The new high-power variants are designed to deliver extended performance for long-range applications.

The company has expanded the capabilities of its Mobile Networked MIMO (MN-MIMO) waveform, with Spectrum Monitoring now included free on all SC4200 and SC4400 models. Additional MN-MIMO features include MANET Interference Avoidance (MAN-IA) and MANET Interference Cancellation (MAN-IC). The highest tier offering, the Spectrum Dominance Package, includes other Anti-Jam, LPI, and LPD features, and will be available to US Government end users only in the near future.

Jimi Henderson, Vice President of Sales at Silvus Technologies, commented: “Backed by our leading MN-MIMO waveform, the expansion of the StreamCaster radio line marks a significant addition to the tactical communications environment. Rounding out our suite of available products and licensable software options will allow us to deliver robust and reliable wireless communications for a wider variety of mission scenarios, providing Silvus users with capability overmatch in the spectrum domain.”