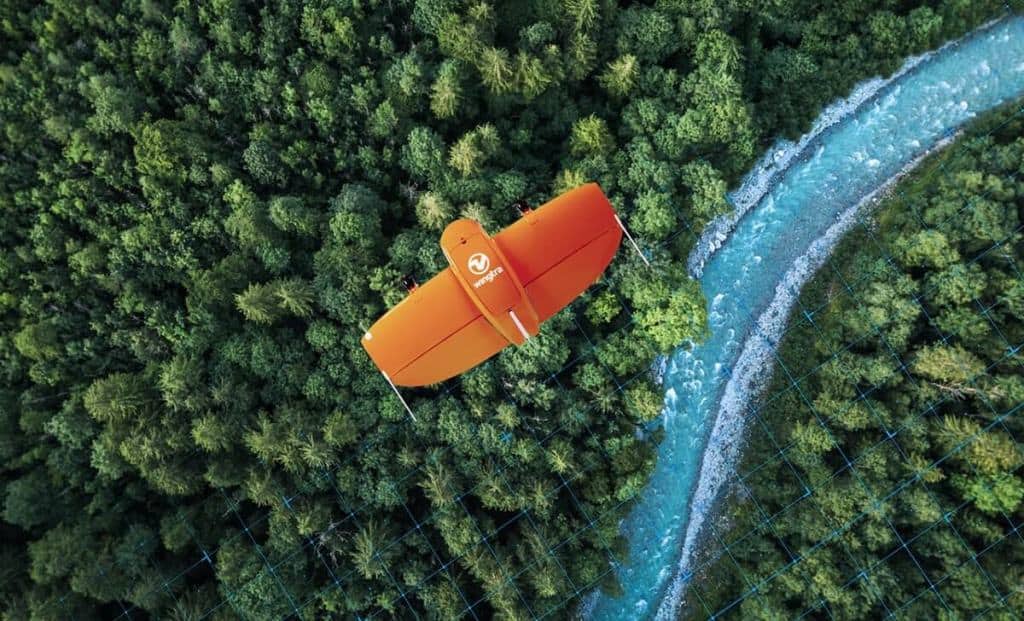 Wingtra’s WingtraOne VTOL (vertical take-off and landing) mapping UAV (unmanned aerial vehicle) has been deployed by the Lafayette City Police Department in California, in order to collect aerial data that was used to create 2D and 3D maps for assessing the extent of wildfire damage in the region.

One particular recent wildfire, known as the the CZU lightning complex fire, destroyed 86,509 acres (35,009 ha) and nearly 1500 structures across four communities and two state parks, necessitating a massive evacuation of the area. The WingtraOne drone was selected to help assess the damage due to its high-resolution imaging, the ability to cover a large area in a short time, and its custom elevation terrain following feature.

The Lafayette Police Department worked as part of an interagency task force and also partnered with geospatial consulting firm GeoAcuity. A public-facing portal was created for stakeholders, with the aerial maps providing victims with vital information such as data for insurance companies, and proof needed to raise funds.

The WingtraOne drone covered more than 1500 acres (600 ha) over the course of one day in four flights, navigating through massive forests and complex undulating terrain.

John Cornell, assistant to the chief of police at the City of Lafayette Police Department, commented: “The mapping not only helps search and rescue and damage assessment, but it also helps us see immediately what’s destroyed and what hazards need to be taken care of before we let people back into the area.”

“Redwoods are some of the biggest trees in the world, and there aren’t a whole lot of areas to launch from in a disaster area like this. You can’t just go onto somebody’s property and launch on top of their burned-out house. There are also a lot of crews working. So we needed to be as safe as possible and be able to predict precisely where the drone would land.”

Dr. Greg Crutsinger, Director of Applied Research at GeoAcuity, said: “I’ve seen like half a dozen GoFundMe website fundraisers that have our maps associated with them. The WingtraOne drone data is important to a range of people, from the public agencies involved to the residents who are desperate for information.”