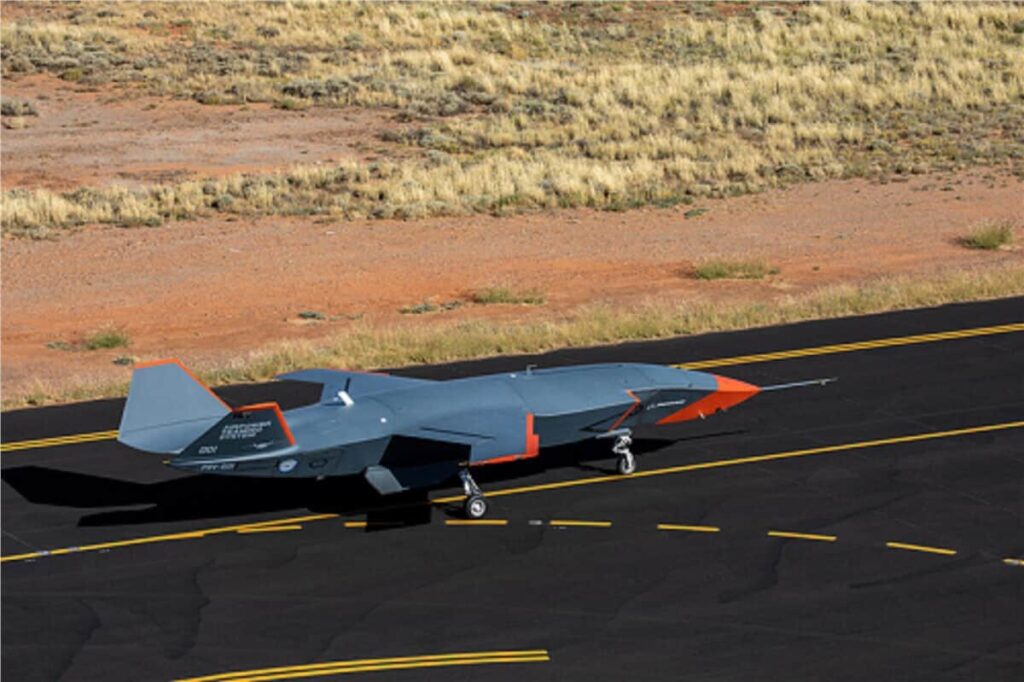 Boeing Australia, in conjunction with the Royal Australian Air Force (RAAF), has completed the first high-speed taxi test of the Loyal Wingman unmanned aerial system (UAS) in preparation for the aircraft’s first flight. The unmanned aircraft is designed to use artificial intelligence to provide manned-unmanned teaming capabilities for supporting air force operations.

During the test, Boeing personnel monitored the aircraft’s performance and instrumentation from a ground control station to verify the functionality, while the UAV reached accelerated speeds. The system has been undergoing low-, medium-, and high-speed taxi testing at a remote test location in Australia. Final taxi tests and preparations for first flight will take place in early 2021 when the range reopens.

More than 35 Australian suppliers on the Australian industry team have contributed to the aircraft development, including investment partner BAE Systems Australia, which has been embedded with the Boeing test team on-site.

Paul Ryder, Boeing Flight Test manager, commented: “Our test program is progressing well, and we are happy with the ground test data we have collected to date. We are working with the Air Warfare Centre to complete final test verifications to prepare for flight testing in the new year.”

Air Vice-Marshal Cath Roberts, RAAF Head of Air Force Capability, said: “There is something very special about testing an aircraft that takes technology to the next level. It is iconic in its own way. Experiencing the enthusiasm of the Boeing and Air Force team reminded me of my early career testing aircraft.”

“This is what innovation is all about – working together to achieve many firsts.”

Dr. Shane Arnott, program director of the Boeing Airpower Teaming System, said: “In the past year alone, we have made amazing strides on this aircraft, taking it from a fuselage to a finished aircraft that has undergone rigorous testing. Our focus now is on conducting a safe and secure flight-test regimen for the Loyal Wingman program.”